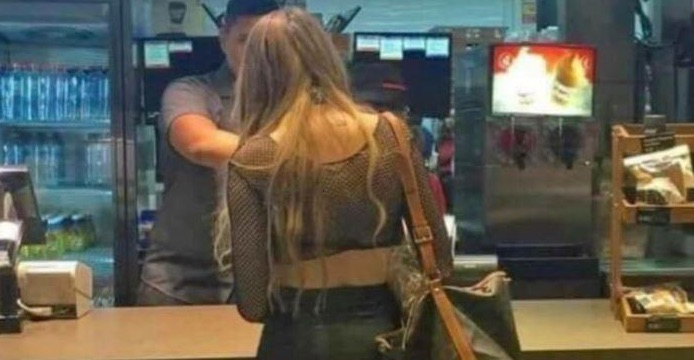 I’m sure that everyone reading this has done some regretful things when they’re drunk or hungover, but not all of these are documented and posted on the internet for everyone to enjoy for all of eternity (or maybe not under new GDPR rules, but that’s another story). Sometimes they are though.

That’s why today we’ve found ourselves on the island of Majorca in the town of Inca, where according to German newspaper Bild an unidentified British holidaymaker decided to order a McDonald’s burger at 11am. Whilst that’s a bit rank – at least wait until lunch babe – there’s nothing that untoward about it when you’re on holiday. Sometimes you gotta do what you gotta do.

The big talking point here though is that the girl decided to do this with her short skirt hiked so far up her back that her bare butt was on full display to the whole restaurant. Awkward: 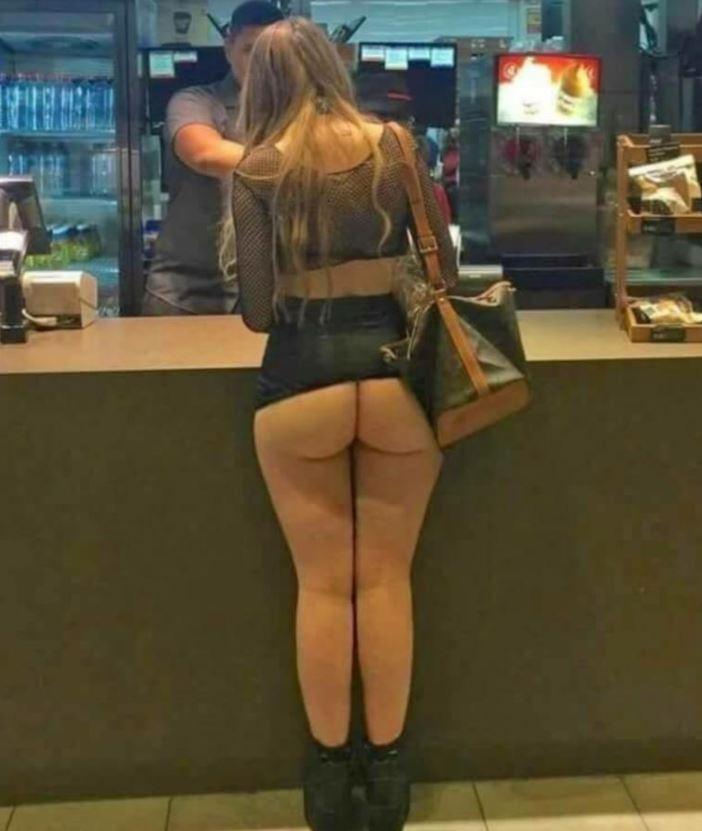 Damn. That’s not what you wanna see when you’re chowing down on your Egg McMuffin before heading off on a hard day’s work. It’s either gonna give you a raging hard on or make you throw up, depending on

Not trying to body shame her or anything, but it’s just common decency to not walk around in public with your butt hanging out getting in everyone’s face isn’t it? I know you’re on holiday and everything but have some respect for everyone else and yourself eh?

Apparently a guy who works at the McDonald’s in Inca contacted the newspaper and claimed that the photograph wasn’t taken there and it didn’t even look like the counter in that restaurant. That could easily be a lie though and it could still have been taken there, or he could be telling the truth which means the photo could have been taken anywhere. I guess we’ll never know.

For what it’s worth though, people travelling to the island has increased by 4 million each year to 13.8 million and locals are claiming that this is way too many people for the population to deal with, as all the visitors are drunk and disorderly and screw up the whole island on their holidays because they have no respect. I guess pictures like this only serve to reinforce this viewpoint. If it’s real of course.

For more butts, check out this Swedish model that officially has the biggest butt in the world. Gigantic.