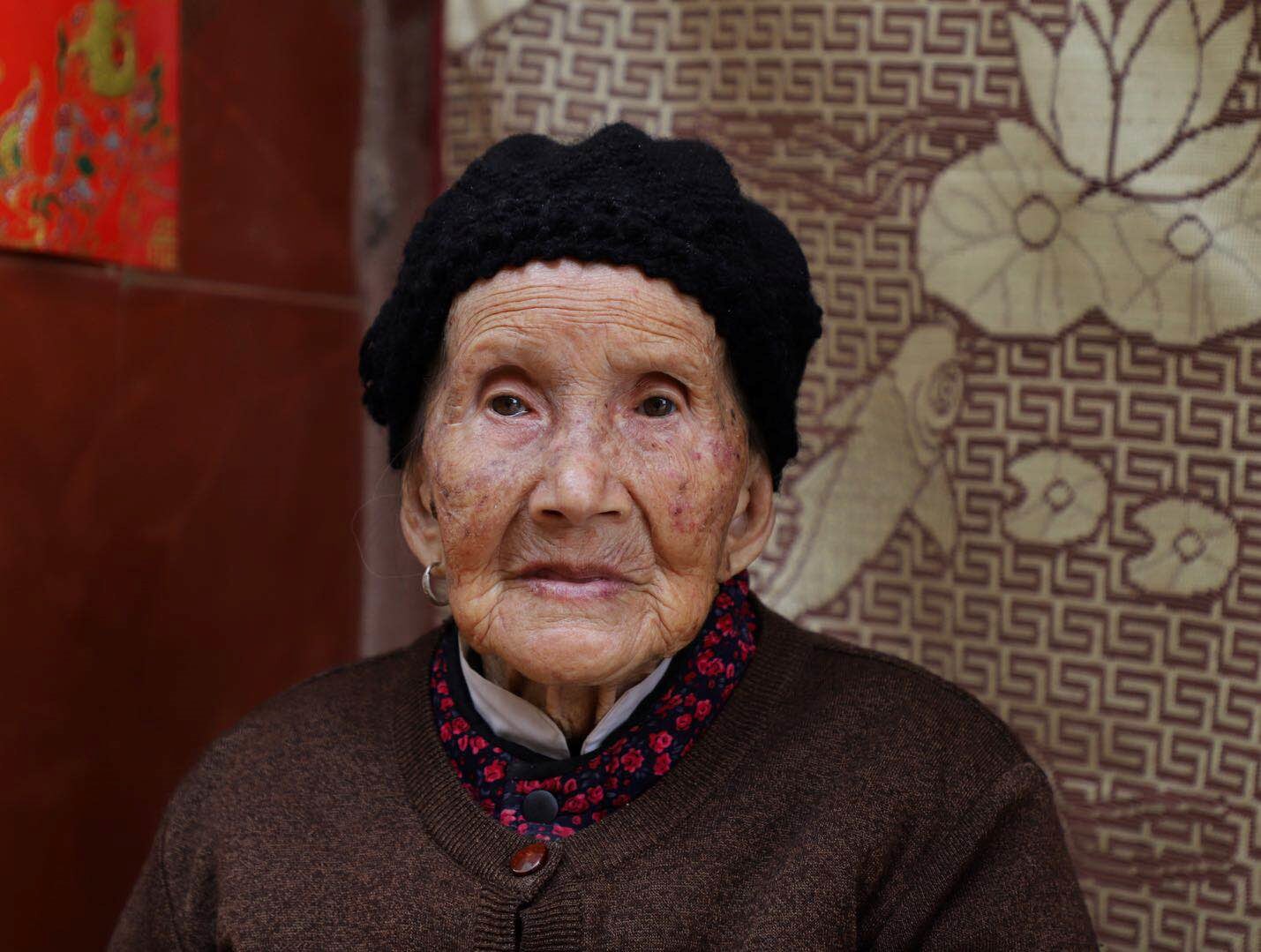 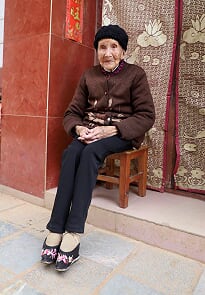 Binding my feet was so painful, I remember I’d cry a lot and if no one was looking I would take off the bandages and rewrap them lightly to release the pain. If I was caught I would be in trouble and then I’d have to use a needle and thread to sow the bandages together so, I couldn’t easily undo them.

I started at 6 and I still use white cloth every day to wrap my feet as I am used to doing it on a daily basis. My mum died at a young age so she didn’t help me.

A lady I used to call ‘Auntie’ helped but also made me bind my feet. I didn’t agree but I had no choice, and they were hard times for me at such a young age.

My dad was a teacher but he died about 40 years ago in an earthquake. He had 3 wives and the first was my mother. They had 3 children together, 2 boys and me but all together my dad had 7 kids.

The reason we had to bind our feet was so that we could marry. My husband and his family thought small feet were very important.  Another reason was that women wouldn’t be able to leave the house so, for a lot of my life I was stuck at home.

I really liked my husband though and when he died I was very sad. We married when I was 16, I didn’t know him and on the wedding day, he came to my house. Our families chatted and then we all agreed that we’d marry but if my feet were big it wouldn’t have been possible.

Back then I was very young and beautiful. He was a very traditional man, at one point I stopped using bandages to bind my feet. He didn’t approach me but instead, he wrote a letter. The letter said that if I stopped binding my feet they’d open up and they wouldn’t be small anymore.

I think he was afraid that I’d have big feet and I think he liked small feet a lot. After he wrote the letter I started again.

He was a soldier but not out of choice, the government made him do this kind of work but he didn’t want to and after he left the services he worked as a carpenter.

At the age of 18, I started to learn how to make clothes, hats, scarfs and shoes. Even though I am 92 I can still make them today and sometimes I make clothes for the children in my family.

I like to make shoes with beautiful patterns with flowers and animals but I also have leather shoes which I bought. I also felt and always feel happy making those kinds of things, I find it relaxing.

I now live with my son and his wife and they take very good care of me. The government gives me some money each month, not much but it’s enough. I recently fell over and sometimes my back is painful but I can still walk well and I feel quite healthy.

I worry about my grandson though, he is already more than 20 years old and he is yet to get married. He works at night and sleeps during the day so it’s hard for him to find someone. I hope I can live long enough to see him marry. 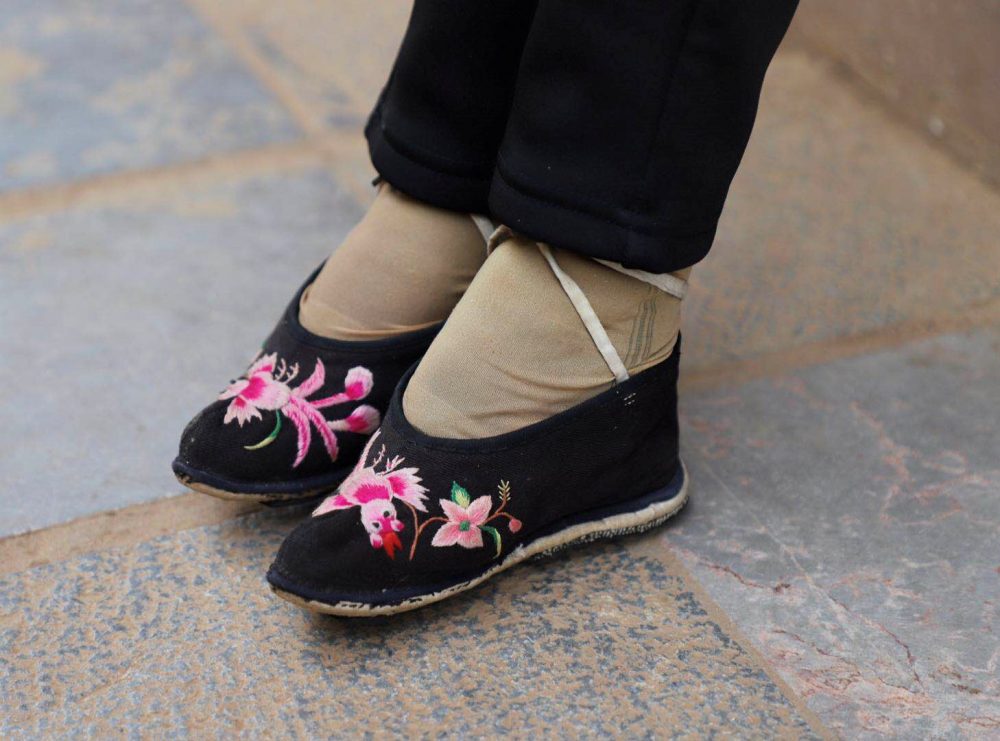