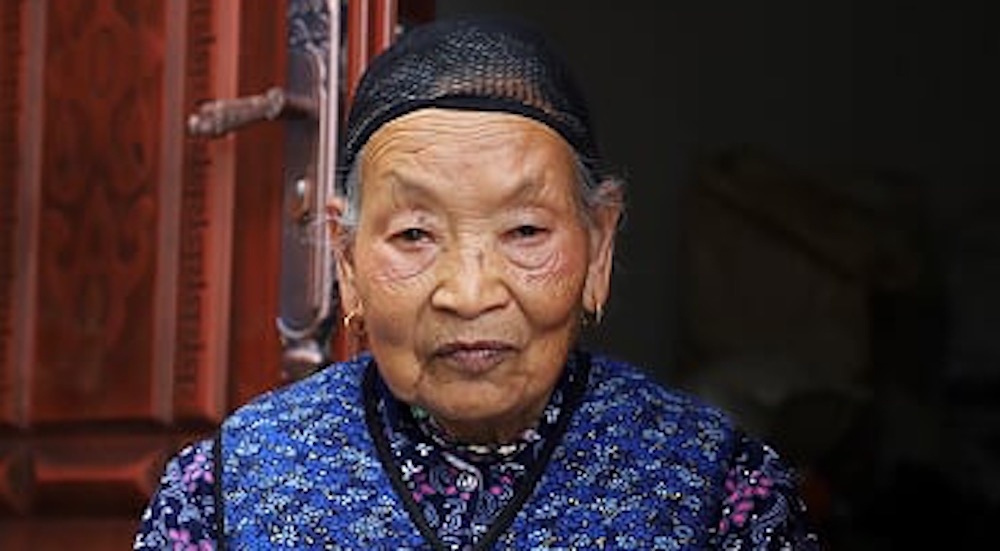 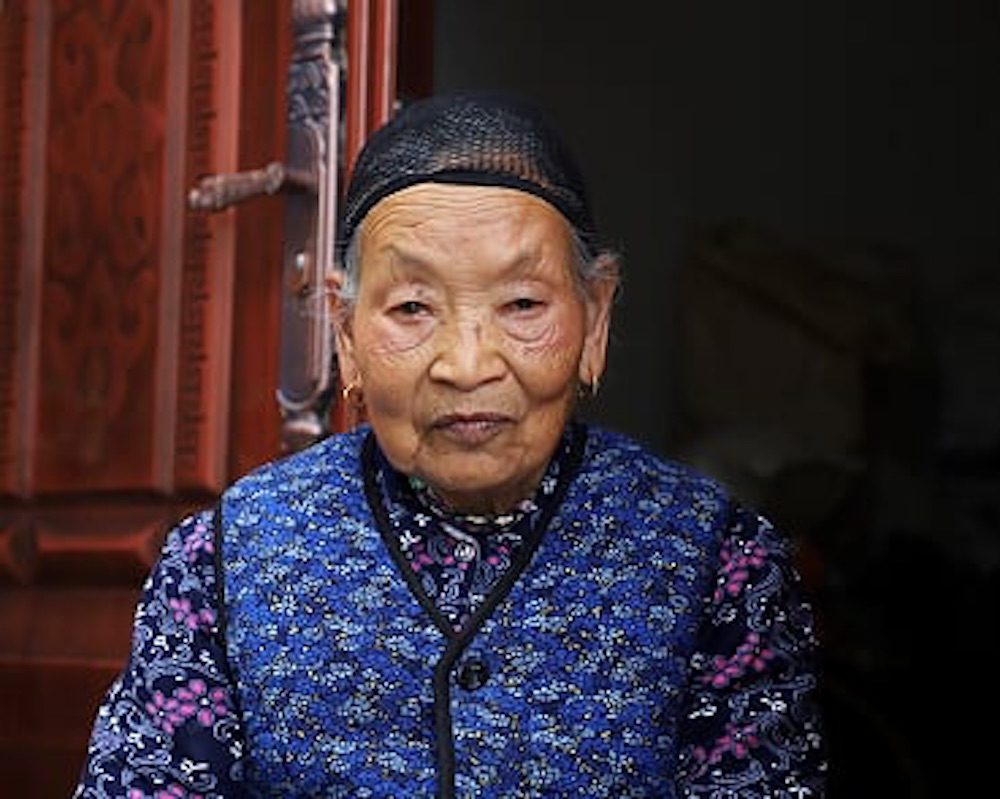 I wanted to bind my feet and I wanted to make them as small as possible. Having small feet isn’t convenient and I don’t think they look beautiful. It was just a good way to find a husband back when I was younger.

My feet are pretty small but they used to be smaller. I stopped binding them for a short period of time after, I married and when small feet were becoming less popular so they grew about an inch bigger.

After, I started to bind them again because my husband told me to. He liked my small feet a lot and he thought they looked better than big feet. If I had let them become any bigger I would have been worried he would no longer have liked me.

He saw them naked and he was the only one I allowed to see. We married when I was 19 but he passed away about 15 years ago after falling ill.

I knew him for around 14 years before we married from about, the age of 5 years old. He treated me very well and I often miss him. We never argued and he’d never hit me.

For a large part of our marriage, I didn’t get to see him much as he worked in a different city as an accountant which, was a very good job. He only came home once a year during Spring Festival and if I had the time and money I would try and visit him too but, maybe twice a year if I was lucky.

When he worked away he would often send me letters but I didn’t have the chance to study, I didn’t want to study anyway, to be honest, so I can’t read. I would ask the next door neighbour to come over and read the letters to me.

We had 4 children – 3 girls and 1 boy and whilst he was away it was my job to look after the children and farm which was hard work but there was no choice. Now I am 85 years old and relatively healthy but, I can no longer grow vegetables like I used to be able too.

After he retired we lived together and he had a nice pension and we were happy. Now I spend my days at home where I live with my son. I enjoy cooking and I sometimes make shoes or sow but my eyes are pretty unclear at times. My mum taught me when I was younger and I really enjoyed learning as it wasn’t hard work.

Once a week I will walk for about half an hour to the local market where I have some friends, we sit and chat but a lot of them have since died. I use to know many ladies with small feet, back then we all had small feet but now there’s only 2 left here including me.

I started to bind my feet from the age of 6 and I’m very glad that girls no longer bind their feet. Even today it takes time as each day I have to wash them carefully, dry them, bind them with cloth and then wear socks and shoes which makes my feet look bigger than they actually are especially in the winter when I wear 2 pairs to keep them warm.

I have 1 brother who has already passed away and 1 sister who lives in Kunming. I haven’t seen her for about 4 years now because we are old, it’s much harder but I would like to see her again before we pass away.

I would like to make it to 100 but I don’t think that will be possible. Now, after working hard before I have some aches and pains especially in my shoulder from when I used to carry heavy things. 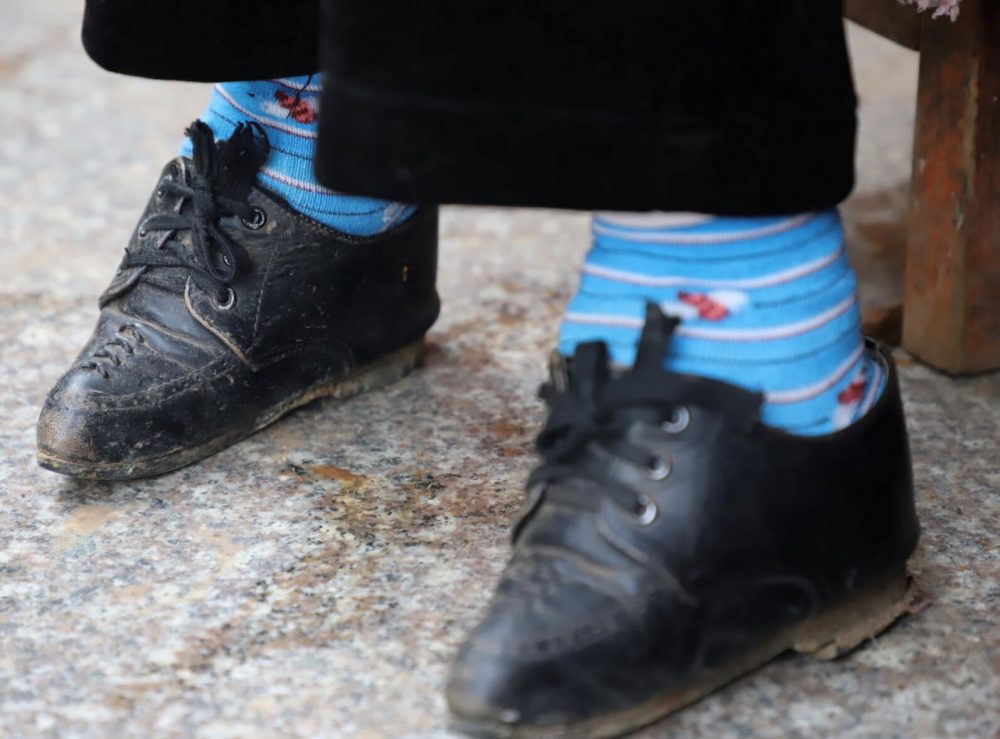