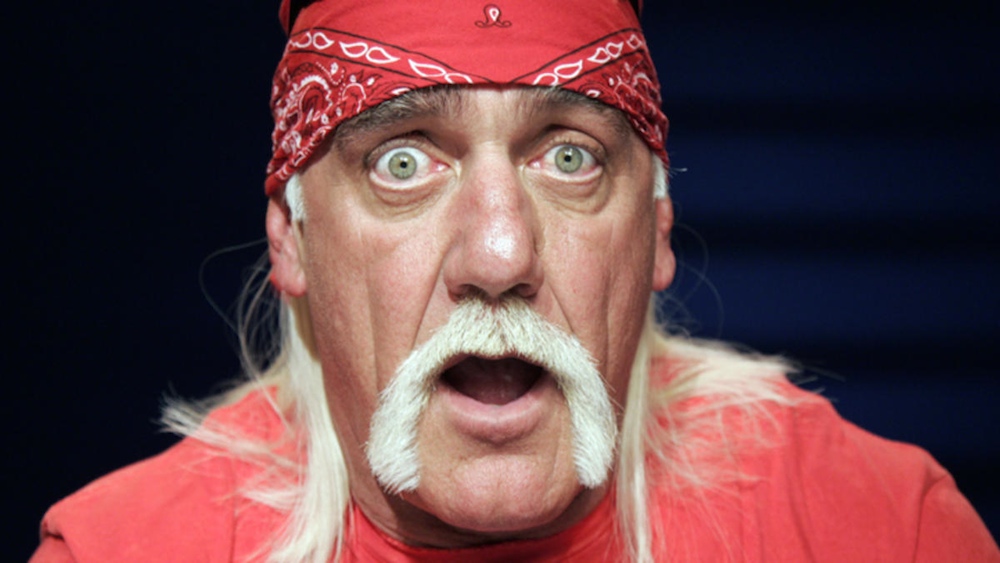 This is a pretty sick joke but the Hulk probably should have known better.

A lot of celebrities use Twitter to interact with their fans, sometimes sending them messages or retweeting their tweets to illustrate that they really do care about their fans and what they have to say.

Unfortunately though, there’s also quite a few pieces of work on the site too who’ll do whatever they can to make celebrities look stupid, which means they can’t really be too careful when they’re retweeting and replying to stuff because they might end up looking insanely stupid. That’s exactly what happened to Hulk Hogan over the weekend when some moron troll tricked him into retweeting a sick joke about Madeleine McCann. To make matters even worse, Hulk didn’t even delete it for a couple of days, although he has now but not before everyone on the internet got a screenshot of it, obviously: 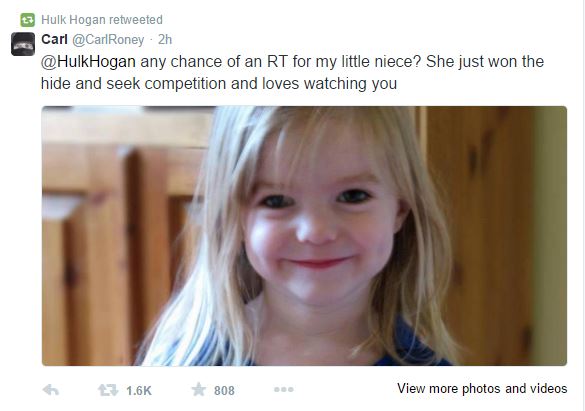 Ooof. That is not a good look for anyone involved, although I suppose it’s not as annoying for him as when his sex tape leaked. Hulk himself has stayed silent on the matter but the troll himself has posted a few tweets trying to defend his behaviour and apologise to Hulk. He just comes across as a knob really though, as would anyone who thought it would be funny to do something like this.

Unfortunately he’s locked his account so nobody can see them anymore, but here’s what he posted. Although he sounds kind of apologetic about it all, comparing himself to Frankie Boyle isn’t really going to endear himself to anyone is it? Muppet.

Fucking hell man. Chill out. It’s a joke. Let’s get back to talking about fat dancing men and weird dresses.

Oi, @frankieboyle, I’m starting to know how you feel.