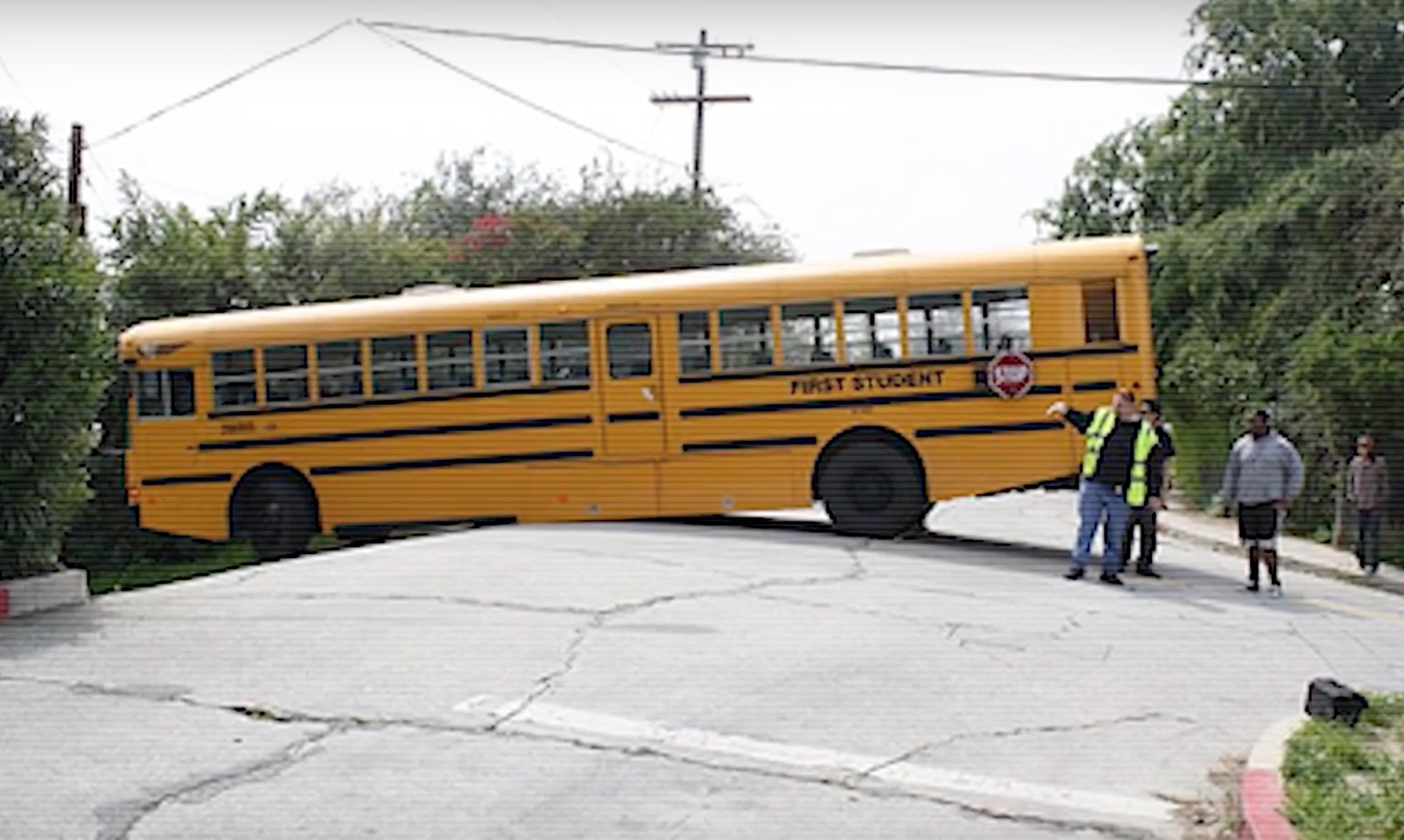 Look at that gradient.

Professional skaters regularly do loads of crazy stunts in pursuit of the next big thing, but this recent video from Nuge might be one of the craziest ones ever because it’s actually super, super dangerous and might have ended up with him getting brain damage or something.

He basically decided to hill bomb the fifth steepest hill in the whole of America. As you can see from the picture above, the gradient of it was so steep that a bus couldn’t even go down it and instead got stuck on top as it tried to travel down. There is also an insane amount of bumps and cracks in it because it’s such an old road, and if you hit one of those you’re just going to go flying and roll all the way to the bottom like a rag doll.

Jesus. That was so fast – he looked absolutely terrified when he got off his board at the end. That’s one hell of a daredevil right there.

I love the way he just styled it out in a leather jacket too, no worries. I also love the way they all have nicknames like Nuge, Neckface and Doughnut like we’re still in the 90s. The whole video was great basically.