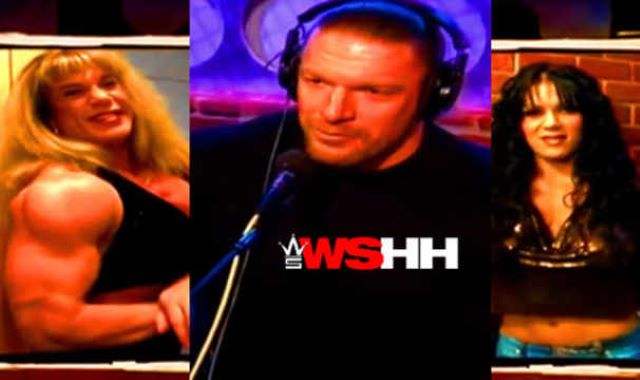 Back in the early 00s, radio show hosts like Howard Stern had a lot more leeway to be complete dicks, and would say the sort of things that would cause a stupendous amount of backlash if they were said on any major platform today.

One example is when he interviewed WWE wrestler Triple H, who had just come out of a 4-year relationship with Joanie Laurer AKA Chyna – a female wrestler/valet built like a brick shithouse. Naturally, Stern and his co-hosts let The Game have it:

Damn, that was mean. Can you imagine how Chyna must have felt watching that back, especially after already being a guest on the show herself? Extra sad when you consider how things turned out for her, overdosing on alcohol and painkillers in December 2016. I know Howard Stern built an entire brand out of being insensitive asshole who ‘tells it how it is’, but boy, he could really be vicious sometimes!

As for HHH, fair play to him for being able to take a joke. Handled it pretty well although I’m sure he knew exactly what to expect, given Stern’s reputation. The only way was up from here.

For a look at our Pro Wrestling Flashback series, featuring DX, Papa Shango, The Ultimate Warrior and more, click HERE.