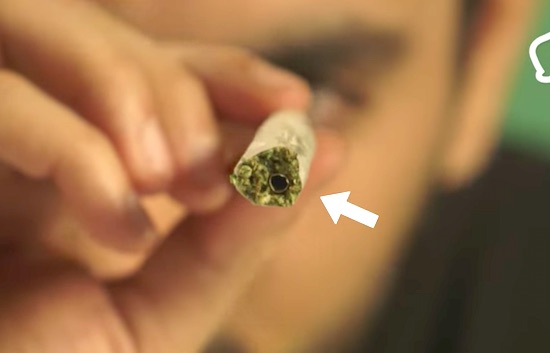 All you need is a bamboo skewer and a few rolling papers.

The video below shows you how to make the spliff to end all spliffs – the ‘Plumber’s Joint’.

The plumber’s joint is a special type of roll that maximises the air flow within the spliff via a tunnel so that you get bigger hits and become even more baked. Vice’s weed expert Abdullah Saeed shows you how to roll one in the tutorial below, and all you need is some rolling papers and a bamboo skewer:

Man, I love the way that Abdullah is always completely baked in those videos, but I suppose you’ve gotta look the part if you’re claiming to be a weed expert.

As for the plumber’s joint, it looks kinda tricky to make and I’m not really sure if it would even have that much of an effect if you’re rolling up a spliff (i.e. with tobacco and not just straight weed). But you’re still probably going to try it out the next time you’re sessioning, am I right? Let us know how you get on.

For more tips on rolling, check out how to roll the perfect joint every time. Essential information.