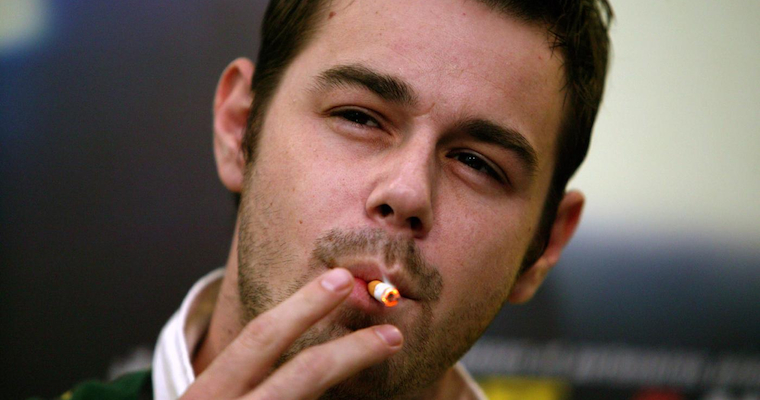 I haven’t heard of Bad Teeth before but I stumbled across it whilst I was surfing around YouTube for material but the top video was called ‘How To Be Danny Dyer’ so I just had to check it out. If you’re a regular reader of Sick Chirpse then you know that we’re big Danny Dyer fans – so big in fact that we’ve actually just completed an interview with the man himself which should be going up on the site in the next couple of weeks – so it was a no brainer really.

It turns out that Bad Teeth is a YouTube channel that is ‘the home of the funniest comedy collaborations on YouTube’ and features pranks, animations and sketches curated by celebrity guests. I was a bit sceptical reading a fairly audacious claim like that, but it turned out that this one featuring Danny Dyer was actually pretty funny. Probably mainly because Danny Dyer was in it though. CassetteBoy has done some stuff for them as well though in fairness and everyone loves that guy, so maybe if you’re into British humour than this is the kind of thing that you want to keep an eye out on. I’ll probably only keep an eye on it if they’re going to feature more Danny Dyer content though personally.

Anyway, this is a video where Danny Dyer explains how to be Danny Dyer, although it looks like he got set up to talk about how to actually be an actor but just ends up doing a description of how to be Danny Dyer because – and even Danny knows it – Danny Dyer pretty much plays himself in every film and that’s WHY he’s so popular. So he goes through a variety of roles and a variety of different situations and obviously his interpretation of each is exactly the same because he’s Danny Dyer and he only knows how to play one role and that is Danny Dyer.  I don’t know if Danny Dyer actually got set up on this or if he’s just playing along but either way it’s pretty funny. Oh who am I kidding, it’s pretty obvious he’s playing along but that doesn’t stop it being any less jokes.

Danny then does some Robert De Niro Taxi Driver kinda mirror stuff because Ian McKellen (his good pal who he had a few lagers with down at Wandsworth dog track – yeah right) told him it was a good idea to confront himself regularly. This isn’t as good as the earlier skit but it’s always good to hear Danny Dyer going psycho at someone and even funnier when it’s at himself so it works. Fair play to Danny Dyer for making fun of himself though, considering how many people make fun of him every day anyway.

He throws a bit of a curveball in too at the end by doing some kind of Shakespeare-esque (or possibly actually Shakespeare, I’m not exactly a fan) monologue and actually being pretty good at it!? Again, I don’t really know what’s going on with that but it was definitelysurprising and the ending is pretty killer so make sure you stay tuned for that. Also the very start features some kind of interaction between Daniel Radcliffe and Danny Dyer, which I didn’t really understand but was kinda funny nonetheless.

Make sure you check back over the next couple of weeks for the exclusive Sick Chirpse interview with the man himself Danny Dyer. In the meantime enjoy this video and maybe go out chirpsing girls at the weekend with your best Danny Dyer impression now that you’ve learned how to do it from the man himself:

â˜› Watch This Next: Danny Dyer Gets Interviewed On Acid