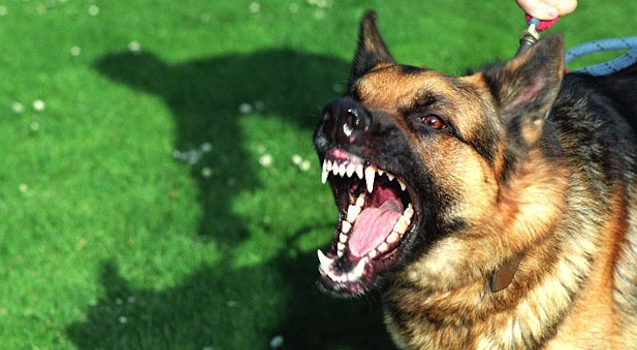 Don’t say we never tell you anything useful.

It may be slightly irrational but because I had a pet I always get really scared when I’m around dogs and think that they’re going to maul me, like what happened to this Greek cyclist a few months ago when 25 dogs attacked him. Shit scary son.

Anyway, the good news is that I no longer need to live in fear anymore thanks to this guy called Shmulik B. who’s a professional dog trainer. In this video he shows you how to get an attacking dog to release its bite on you. The technique will work on pit bulls, wolves, mastiffs and werewolves so if you’re worried about any of them too then make sure you listen up.

You basically have to put pressure on his trachea and block the airway, which will force the dog to release its bite and gasp for air. If you manage to hold onto it for roughly two minutes though it should cause the dog to lose consciousness. Shmulik explains it way better in the video that I ever could though so check that out below.

Even with this advice though, I think the only dogs I want to be hanging out with any time soon are stoned dogs.