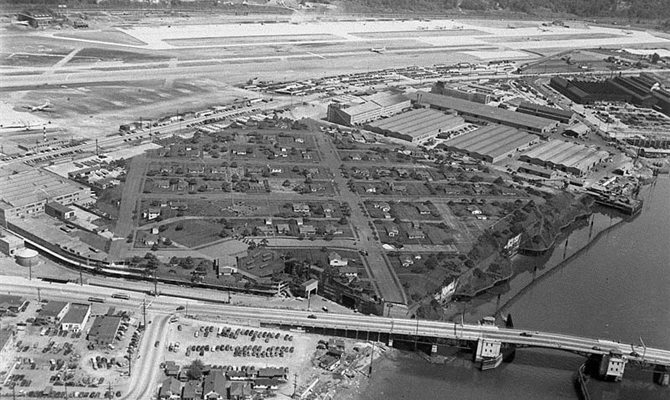 During WWII USA tried its best to hide all of the buildings it didn’t want to be exploded by bombs. It did an amazing job thanks to Hollywood, of all people.

During World War II Colonel John F. Ohmer was tasked with camouflaging California. Pearl Harbour had been a bit of a shock and the US of A were eager to hide their important bases and aircraft factories from further attacks. It doesn’t sound possible though does it? How could you conceal a large complex of buildings or an entire factory?

What they did was transform these installations, such as the Lockheed-Vega aircraft plant, Douglas Aircraft factory and as many as 34 air bases, into suburban or country towns. Below are three pictures of Douglas Aircraft’s plant. It’s been draped in netting and quite deftly made to look like a quiet country town. 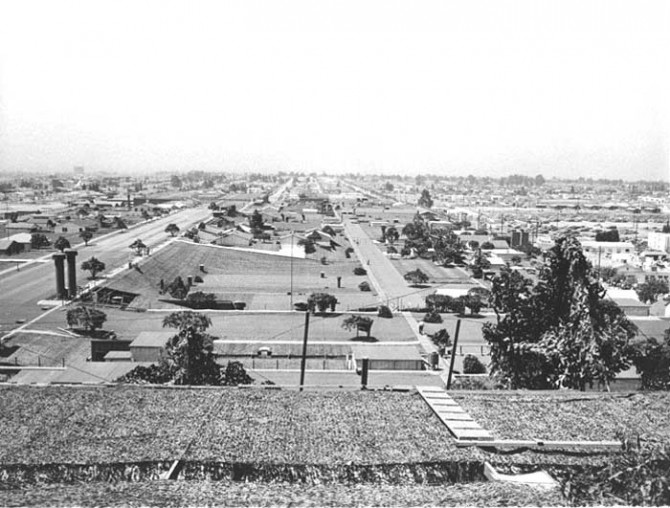 Here it is closer up: 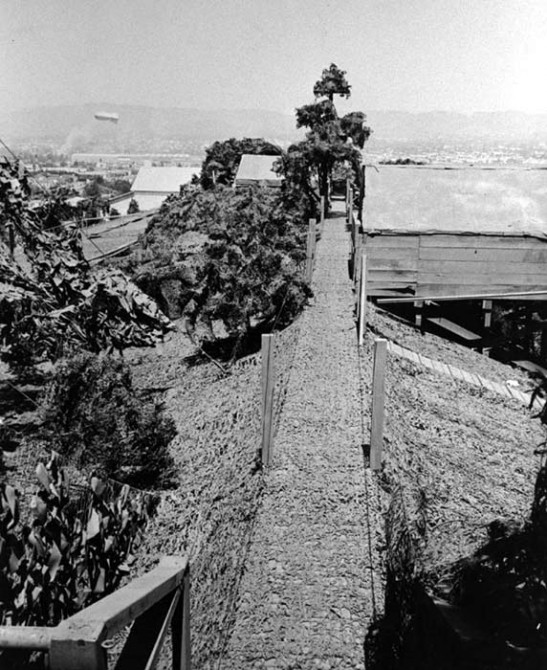 And here’s what it looked like from the car park:

They enlisted help from Hollywood, probably the last people you would expect to be useful in a war. Metro-Goldwyn-Mayer, Disney Studios, 20th Century Fox, Paramount, Universal Pictures and others all chipped in, lending set designers, painters, carpenters etc. Goodyear tires made huge rubber decoy planes to throw Japanese bombers off the scent for $1000 a pop (an idea borrowed from the Brits). Below is the Boeing plant in drag: 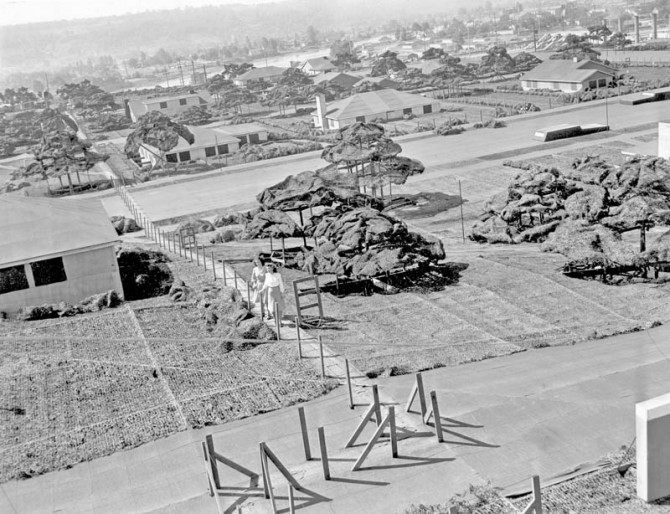 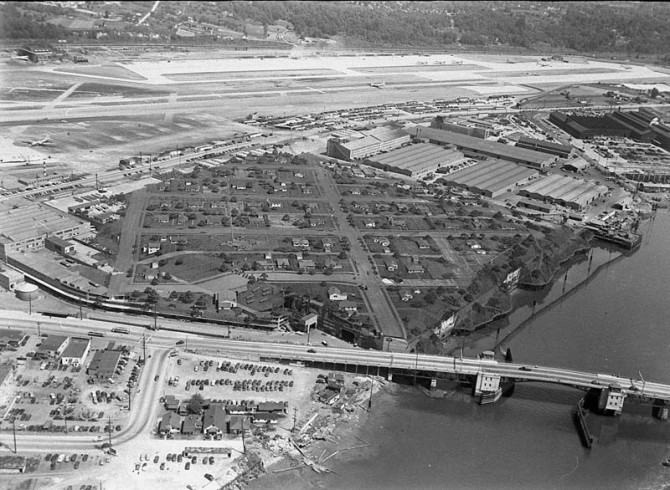 â˜› Watch Next: Bears Fired Out Of Aircraft At Supersonic Speed

To maintain an air of reality staff would pop up though holes in the camouflage and move vehicles around and put up and take down laundry from lines. Here’s a pretend meadow with a pretend farmer checking on a pretend tree: 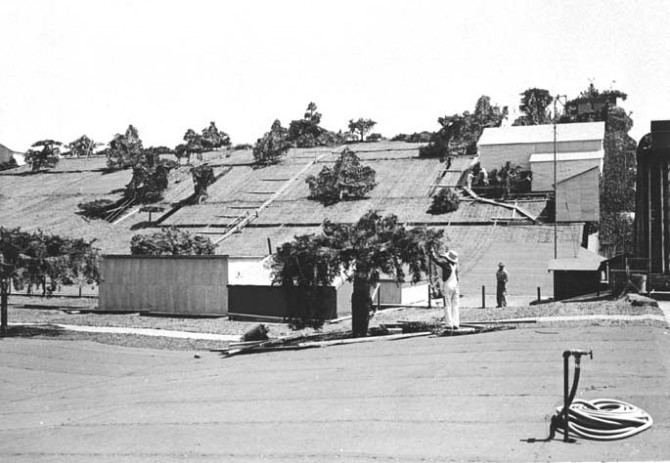 â˜› Read Next: FBI Employees In Sexy Scandal And Much Much More

They managed to turn these concrete functions in to pastoral country settings with trees and even the occasional grazing animal. At other bases they made small leafy suburban scenes. Here’s the Lockheed plant from above and below the netting: 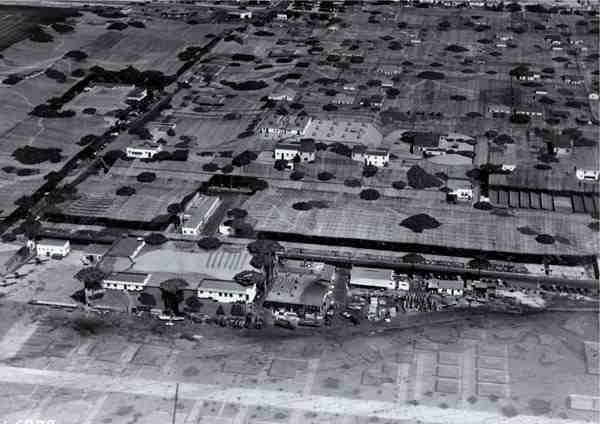 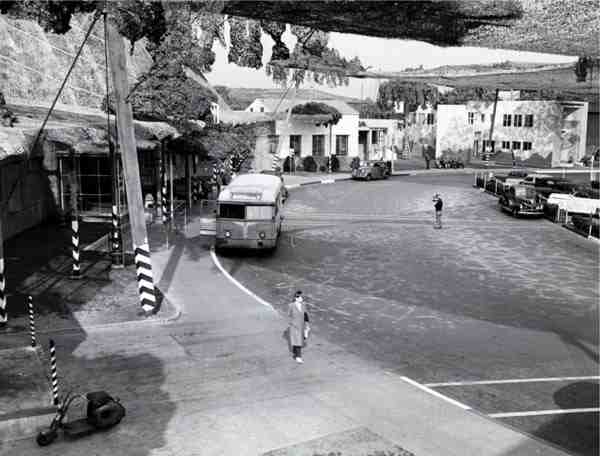 Unfortunately, well, fortunately really, the Japanese never attacked so no one got to see how well these tricks worked. In modern times of course, with satellite maps and thermal imaging this wouldn’t have helped at all, so we’re unlikely to ever see a fully camouflaged town again. Shame really, it looks kind of cozy.