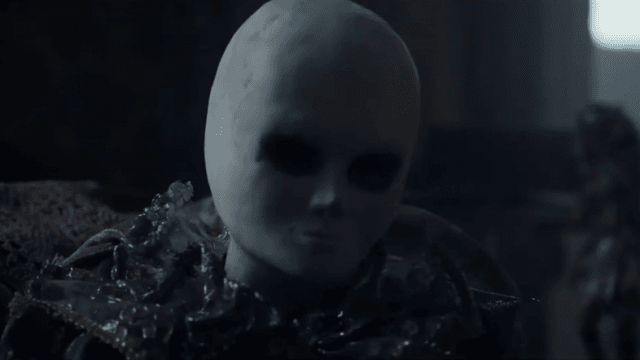 Brave enough to watch it?

The standard and production values of advertisement has increased exponentially over the years since they were first introduced yet whilst for every major hit, there’s also a few major misses and I think the one talked about in this article is one of them.

Someone over at Spotify – or their creative ad agency or whatever –  thought that it would be a good idea to create a horror themed advert and whilst this sounds like a pretty shaky concept – and if you watch the video below you’ll see that it is – it somehow managed to convince some important people that it was way too scary and get itself banned in the UK. The video was designed to be played on YouTube before the video you actually wanted to watch, and as such the Advertising Standards Agency argued that it could end up being played to young children who might be scared shitless of it. Here’s their exact explanation, just under the video itself – are you brave enough to watch it?

The fact that the ad was set inside a home, including a bedtime setting, and featured a doll, meant it was particularly likely to cause distress to children who saw it.

Not enough was done to make it clear that it wasn’t actually a trailer to a scary movie.

Yawn. I mean I’m not gonna lie I am really into horror movies but that wasn’t even as scary as some of the really terrible awful ones I’ve seen, although the acting might have been slightly better, sure. The monster is just tacky and dumb, Havana is a silly song to pick to try and appear menacing and it doesn’t even have any scary music. Not convinced it’s scary at all so pretty miffed at the ASA about this, but maybe I shouldn’t spend so much time analysing a one minute horror advert for Spotify either. Think they’ve got me there.

For more horror movies, check out the trailer to Nicolas Cage’s new movie. That looks like a doozy.