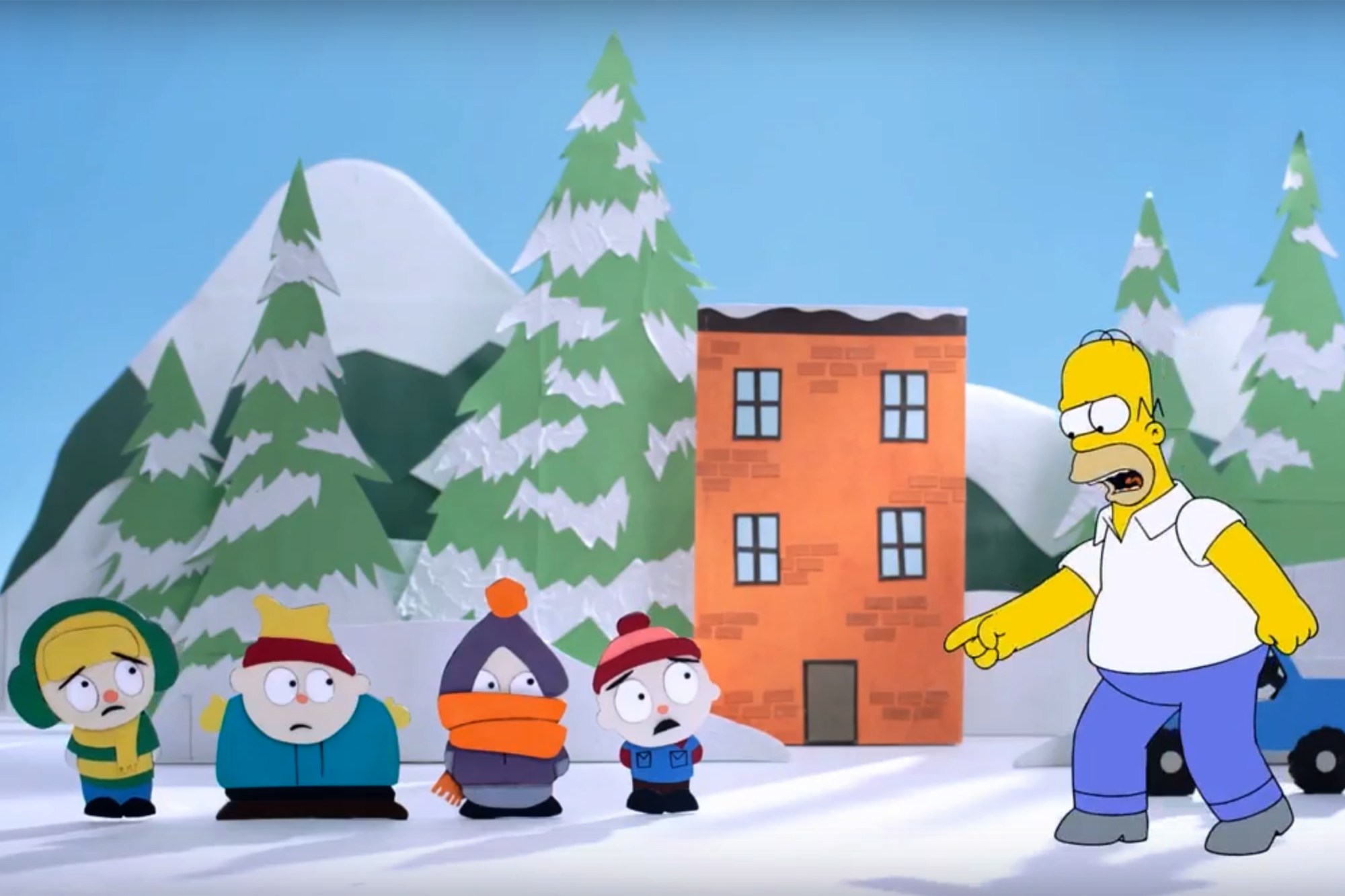 Going down to South Park.

The couch gag is probably the only part of ‘The Simpsons’ that’s still worth watching (boy has that show gone downhill) and luckily now thanks to the internet, you can watch the couch gag without having to tune into the show itself. Nice.

The latest couch gag of note sees an extended sequence that’s kicked off by the fact that the family notice that their stupid painting of a boat above the couch is missing. Bart suggests that it might have been stolen by another animated series, which sees Homer walk off set into ‘South Park’, ‘Robot Chicken’ and ‘California Raisins ‘(??) in an epic quest to find it:

Yeah, I didn’t really laugh once either but I suppose that’s what you get with ‘The Simpsons’ these days. At least we got to see Homer visit some other animated series – just what we’ve always wanted, I know.

For more Simpsons couch gags, check out this one that was described as the weirdest one ever. Didn’t shirk the description there either.