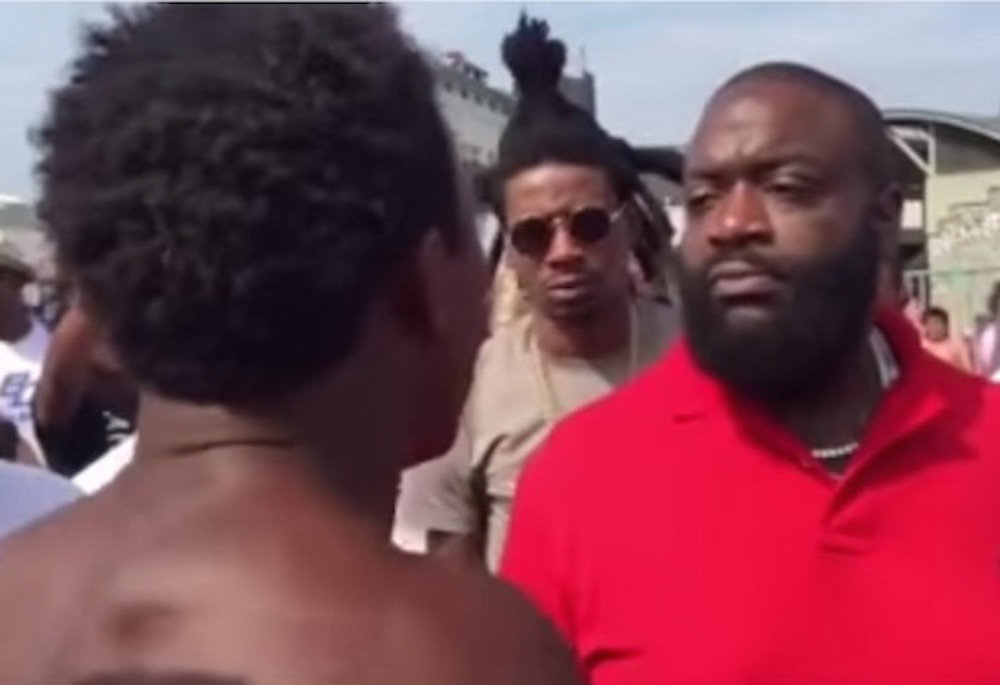 Dreams really can come true and anything can happen if you have the balls to go out and make it happen, and this video proves it.

The video below features a rapper named Isa Muhammed, who spotted Rick Ross out walking on Venice Beach and decided to take his shot right there and then. He ran up to the rap kingpin and started busting out freestyle after freestyle for him and you can see that Ross is visibly impressed.

In fact, it seems like Ross was so impressed with Muhammed that he’s full on signed him to his MMG label imprint, judging by Muhammed’s Instagram account now featuring the MMG letters on his handle and a story about how he’s signed to the label.

To make the story even better and more life changing though, it turns out that Muhammed was actually homeless at the time he freestyled for Ross. Talk about balls, and talk about absolutely owning life and turning it around too.

Yeah, that is some inspirational shit right there. You just gotta go out and seize your opportunities with both hands, and if you keep trying then it’s going to work out. You gotta believe that.

For another inspirational story, check out the time a guy hid in a girl’s closet when her boyfriend came home and live tweeted the whole thing. A different kind of inspirational sure, but you gotta respect him for not getting caught.