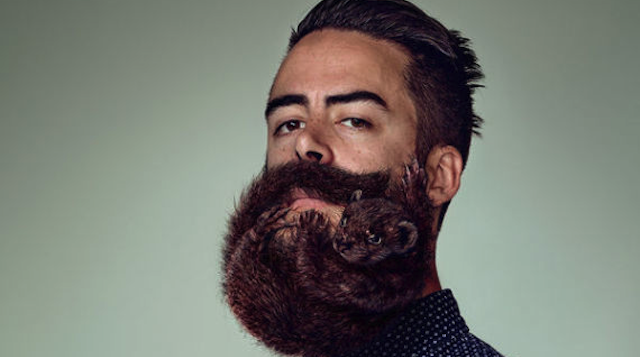 Have we reached peak beard yet?

Recently there have been mutterings around Shoreditch that we might be reaching peak beard – the level of beard density amongst hipsters which would mean women no longer found them attractive.

Whilst this is a completely ridiculous statement (beards are never not going to be hot, ask anyone) the fact that this advertising campaign featuring a bunch of hipsters with their beards shaped like animals was recently released in New Zealand is epidemic of how serious this problem has become. The fact that everyone loves it though only serves of evidence that it seems unlikely that we will actually ever reach peak beard, because man people sure are trying to get there with stupid shit like this.

If you’re interested, the posters are advertising Schick which is a New Zealand shaving brand, and they’re designed to encourage men to trim off their beards because they too feel that the hipster beard thing has gone out control, or as they’ve said ‘gone feral.’

I think they’ve gone about it all wrong though – like anyone would want to shave their beard off, even if they did look like an animal – in fact the addition of the animal in their beards has probably only made these guys even hotter to all the girls checking out this article. Schick seem like real idiots.

â˜› More Beards: Does Having A Beard = Having More Sex