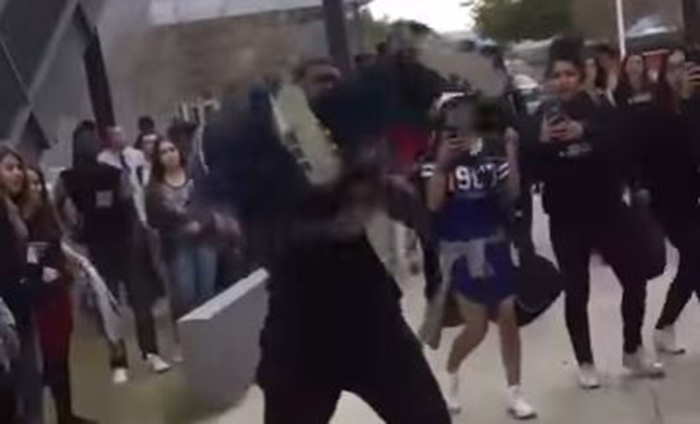 The Ultimate Warrior would be proud.

When you’re a grown man employed as a high school security guard, one of the biggest nightmare situations you potentially face is going to break up a fight between two teenagers, and ending up getting completely manhandled yourself (on camera no less).

This guy attempted a take-down on an admittedly beastly looking 16-year-old, and ended up getting back-body-dropped, WWE-style:

Ouch. Let’s see how it compared to the pros:

So obviously this guy needs his security badge taken off him ASAP. Like the young man at the end so eloquently put it, “your street cred is over”. He’s not wrong. You simply cannot have a high school security guard carry on working after the entire school has seen him get spun into orbit by a kid half his age.

Maybe it’s time to bring in the security guard of the future – although that might be giving the robots a bit too much power.