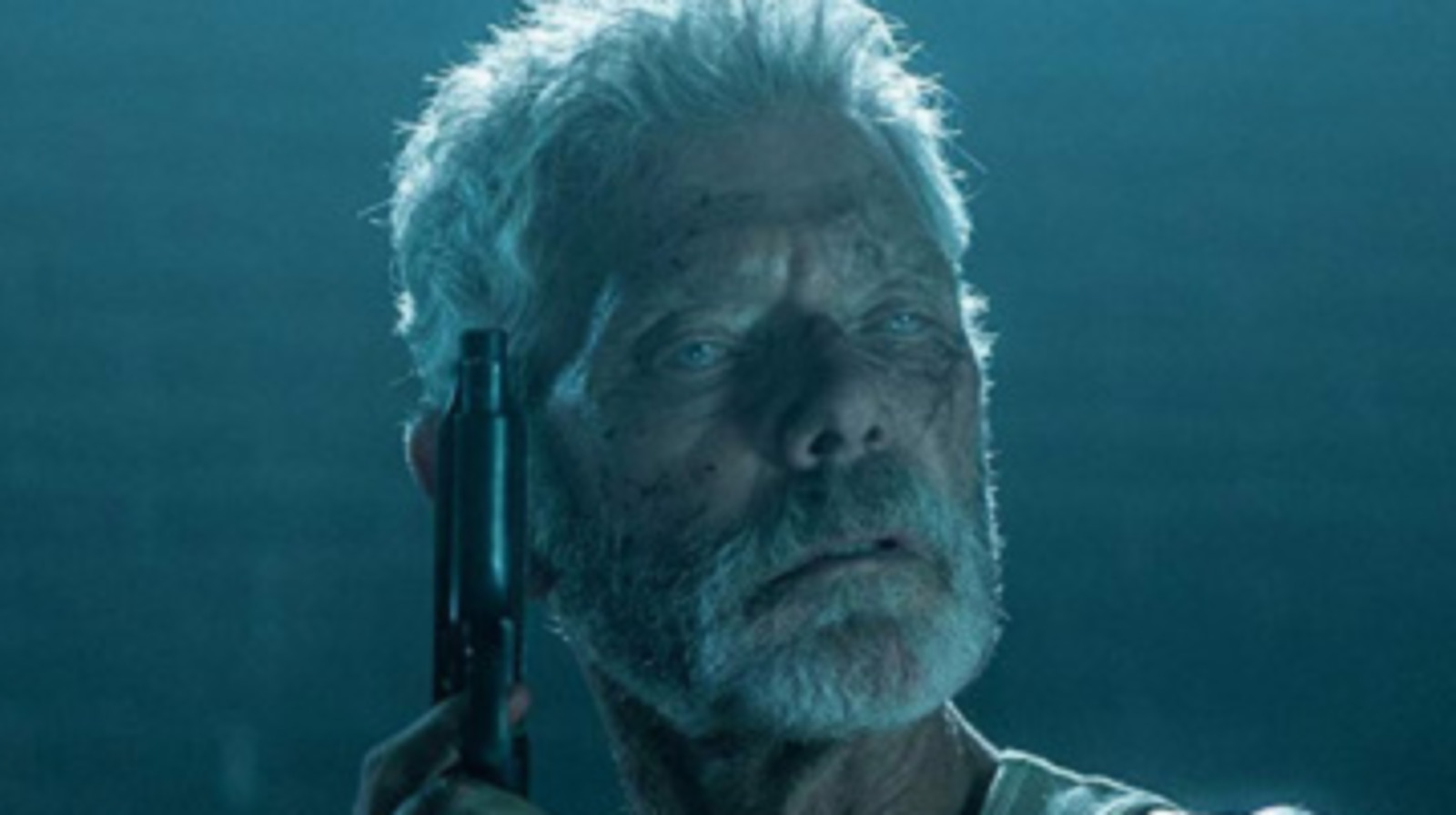 The Blind Man is back.

There have been a lot of contenders for excellent horror movies in the past few years, but I’m not exaggerating when I say that the first ‘Don’t Breathe’ is up there at the top of the list for me. Was absolutely terrifying and nail biting and was a concept that I’d never really seen before too.

The movie was also a phenomenal success at the box office, grossing $157 million worldwide against a budget of $10 million, so it was inevitable that a sequel would be happening. I feel like it was announced over two years ago, but we haven’t had even the slightest inkling of what’s going on with it until now that the first trailer has dropped:

In Don’t Breathe 2, the Blind Man has been hiding out for years in an isolated cabin and has taken in and raised a young girl orphaned from a house fire.

That’s kind of a confusing trailer hey? Can’t really say that I have any clue what the movie is about other than The Blind Man fucking everyone up again. I guess that’s what you’re paying to see though. Not really sure where it’s going in this instalment though, is he supposed to be the good guy in this one or what?

For more of the same, check out these ten horror movies on Netflix that are so terrifying people can’t even finish watching them. Top tier stuff.