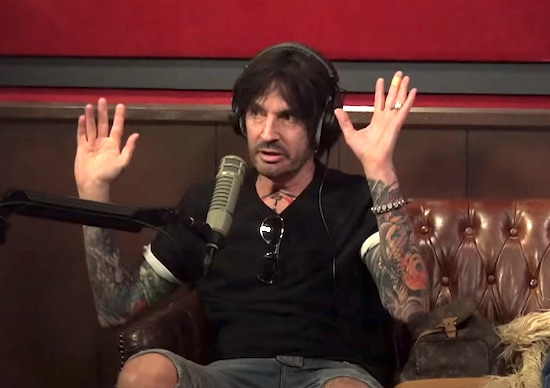 What a life this guy has led.

When it comes to the rock n roll lifestyle, there aren’t too many people out there that have lived it and come out the other side more than legendary Motley Crue drummer Tommy Lee.

His experiences are already fairly well catalogued, but there’s always room for more as we hear in the interview below. Tommy was appearing on Your Mom’s House podcast with Tom Segura and Christina P and decided to kindly rank his drug experiences for us, as well as talking about the time he injected Jack Daniel’s directly into his veins.

Take a listen and see what you think below:

Man that description of heroin is something else isn’t it? Definitely never ever trying that though and I encourage you not to yourself as well. Be sensible – we all know that nobody wants to end up dead or  a major junkie. Hopefully that story about injecting Jack Daniel’s will be enough for most people to realise how bad an idea it is and how much of a pathetic mess that you can end up.

For more of the same, check out Tommy Lee’s open letter to Donald Trump. What a guy.