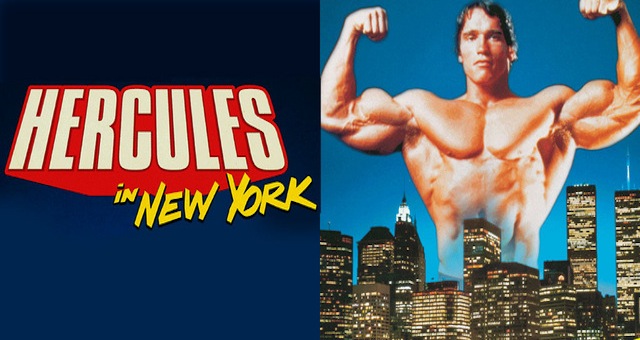 Binary Reviews is where we rate a film out of 1. First up – Hercules In New York.

0 is the most terrible God-awful film with no redeeming features whatsoever. You experienced a feature-length Hell.

1 is the most impossibly perfect film. Your eyes took leave of their sockets and soared the heavens, raining sheer joy.

Now, you may be thinking that Hercules In New York, Arnold Schwarzenegger’s 1970 debut into the land of films, where he spends 90% of the movie topless and mumbling incoherently could possibly be a pretty decent romp. If you said that, you’d be wrong. Also, if you used the word ‘romp’ to describe a film, I’d offer you out on a date, which you’d naturally accept, then I’d take you to the zoo. We’d have a great day with lots of sexual tension and you’d feel very comfortable. Then, when you were least expecting it, I’d throw you into the bear enclosure. Then my friend, I would film it. It would be insanely more entertaining and stylishly shot than the Hercules battle too. Observe from 2:20.

Clearly the uploader felt that synching the audio with the video would be doing too much justice to this travesty of cinema, and I applaud their vision. It is just awful. From the sped-up fighting to the actress glancing directly into the camera just before she faints, this scene has it all. With the jovial Greek music playing in the background, you’d think this was the scene where ‘Hwerkyaleese’ as he calls himself dances with the one dimensional love interest at their wedding. But no, this music is when a demi-God fights a bear in Central Park. It is also the music when he is challenged by a group of jocks to discus, javelin, and long jump (each as nonsensical as the last). It is also the music when he fights the mafia who, for no discernible reason, want him to win a televised deadlifting contest. It is also the music when, well, it plays for the entire duration of the film. It even plays when ‘Verqyuhless’ has a chat with daddy Zeus on Mount Olympus: A legendary summit far from the planes of us mortals, but still within the hearing distance of car horns. 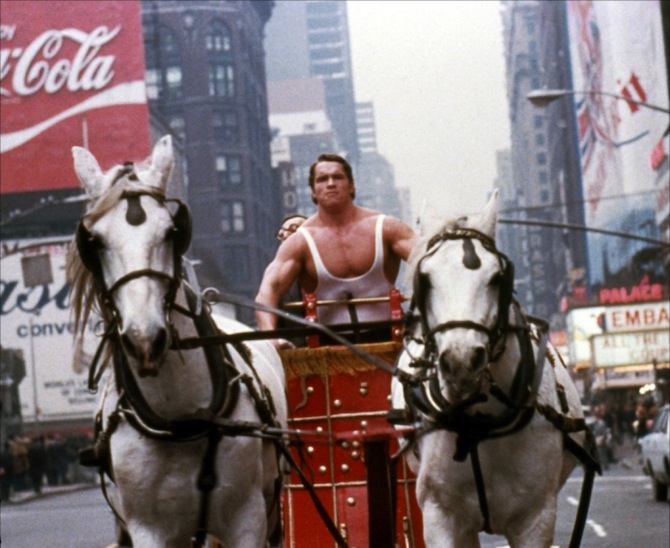 ‘HWARKYOOLISS’ is stalked by ‘comic-relief’ Pretzie, a whining New York asshole – a default stereotype – whose sole job in this film is to give his most passionate ‘O’ face whenever ‘HERKKLUHKLDWHESS’ displays a feat of strength. Watching this Pretzie fella adjust his spectacles in awe everytime his idol takes his top off is exhausting, and the fact that he becomes more emotionally-involved with the half-ton hero than we ever could is never explained. Why does he start following around this violent unemotional slab of meat without questioning how he refers to himself as an immortal deity? I could rant about this film for hours, from the Austrian Oak’s wooden performance (how he doesn’t move his face when he talks, a very impressive achievement), to the director’s sitcom-worthy shots with no vision or ambition, to the… Y’know what, I’m done. This film is abhorrent and you should never watch it, lest your soul be torn in twain.