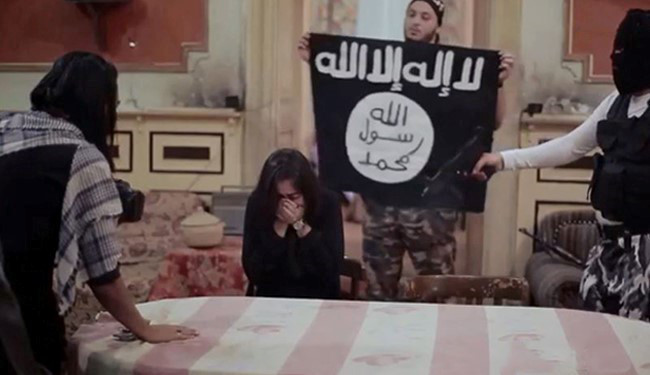 In what has to be the most ruthless prank ever recorded, these TV pranksters over in Egypt tricked a terrified singer into thinking she’d been kidnapped by ISIS and made her beg for her life on video.

Heba Magdi was surrounded by men dressed as ISIS militants as they waved a bunch of weapons around. At one point they put a suicide vest around her and she tries to run for her life.

Eventually one of the men reveals it’s a prank, but not before she’s been fully traumatised.

Ha! Classic. I liked the part where her entire life flashed before her eyes and she was certain she was about to get killed. Who says the Egyptians don’t know how to pull pranks eh? Makes this guy who pretended he killed his girlfriend’s cat seem like such a lame-ass in comparison. He totally should have hired a bunch of fake terrorists to put a bag over her head and strap a suicide vest on her and make her think she was going to get shot in the head (but only after making her beg for her life). That’s where the real lolz are at.