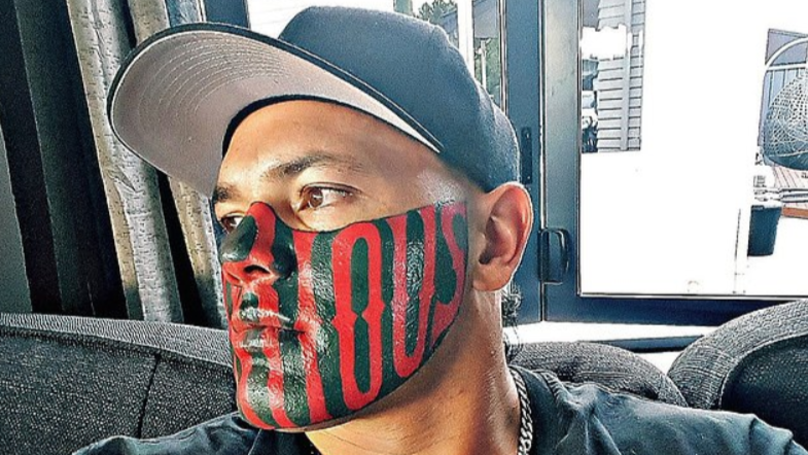 When it comes to being accepted by society, it’s pretty much a no brainer that if you get ridiculous facial tattoos then it’s going to hinder your status in life.

It seems that even people that do this to themselves realise the disadvantages of it too, as this ‘mobster’ from New Zealand named Puk Kireka tells us. Puk has ‘Notorious’ etched onto his face which is a reference to the Mongrel Mob gang which he is a member, but after his last stint in jail he’s turned his life around through a fitness regime and playing rugby for Tamatea.

He still recognises that his facial tattoo is going to be a hindrance in his efforts to get a job though. Here’s what he had to say about it all: 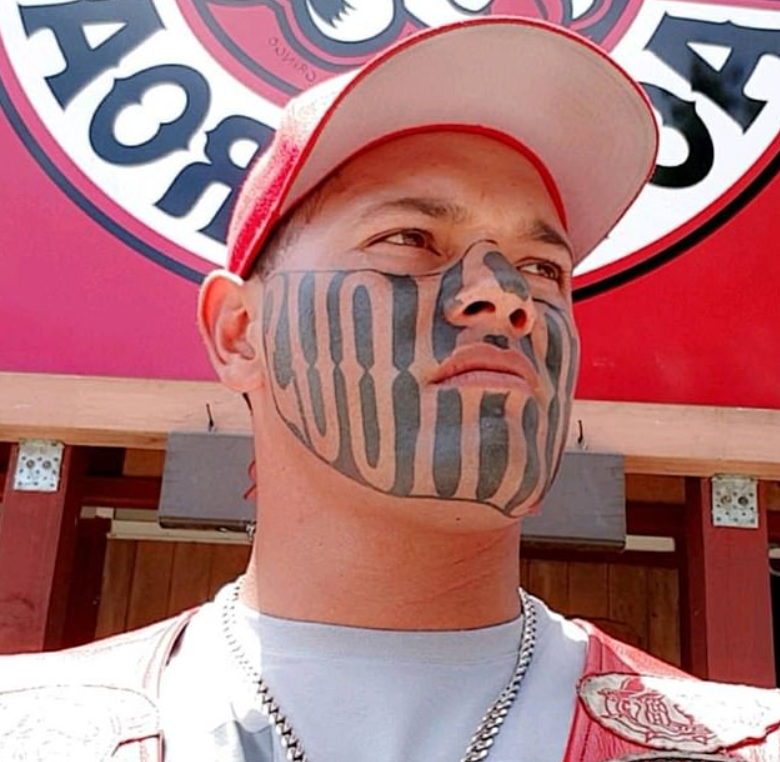 I know it will be hard to get a job with my tatts.

A lot of them are still drinking and smoking. While they aren’t getting into much trouble they are still ruining their lives with their lifestyle.

I first went to court when I was 16 and I haven’t been back since 2016. Meeting [Tamatea head coach] Levi [Armstrong] in 2017 helped turn my life around.

I’ve proved to be an inspiration for other mobsters throughout the country. Since they have read about my lifestyle change on Facebook many have been in touch asking about my fitness programs so they can follow them.

I was into meth before my last stint in jail. But I kicked the habit while in prison and I’ve been drug-free for the last four years.

I mean it sounds like he’s really turned his life around there and fair play to him, just seesm like that pesky humongous facial tattoo is the final stumbling block. Dunno why he doesn’t just try and crowdfund getting it removed – pretty sure that would probably work for him. People love a crowdfunder of a guy trying to turn his life around.

For more of the same, check out this guy who has Devast8 tattooed on his face. Moron.