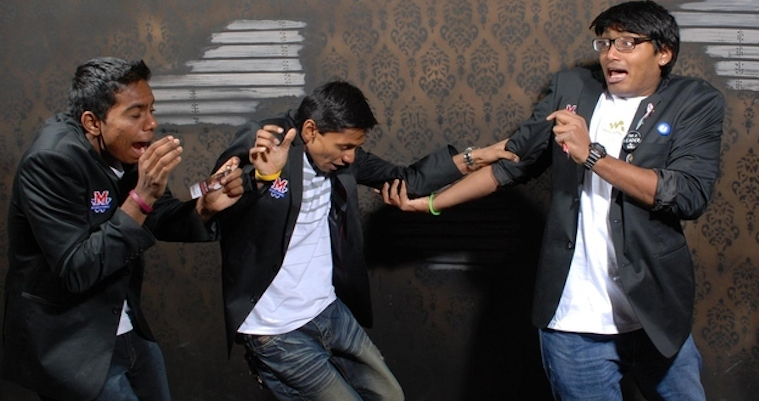 Haunted houses are really scary, that’s obvious, so why has nobody made a picture gallery of the reactions of all the idiot bros who go into them and try and be really tough but just end up crying and looking like wieners because they’re so scared?

I totally ripped this off from Buzzfeed but I love haunted houses and some of these pictures are just too funny to not run on Sick Chirpse. If that makes me a bad person then I’m sorry. Anyway, I really love haunted houses and it really bums me out how all the ones in America are completely sick and really scary whereas the ones in the UK are really shit and lame and like not even slightly scary at all. In fact, I don’t even really know any in England except that one at Thorpe Park for Saw which really isn’t that good.

In America they open up a bunch of haunted houses especially for Halloween and they’re super scary and awesome in comparison to anything over here because they get redesigned and shit every year, so every year they’re new and different and scarier. This might not actually work in practice – kinda like the Saw movie franchise – but in theory it’s a good idea and something we should really try and adopt over here. I was so mad when I was in America and I couldn’t go to any haunted houses. It’s a long story but I basically got screwed over three different times because of them not being open or something and other people wanting to do different things. It sucked.

But anyway, if you don’t know the drill you basically go around a haunted house with your friends – or maybe some strangers – and you have to hold onto the person in front of you so you’re essentially forming a massive conga line. I guess they do this because it gets people through quicker and makes it easier to scare them and it means they won’t wander off and get lost or anything. They’ve started doing ones where you have to go round solo now – I might write about them in the future – but this is the classic formula. You’ll walk through a bunch of rooms and some actors will jump out at you and loads of scary stuff will happen and it will be real fun.

I’ve never seen any hidden camera footage from a haunted house before  (in terms of pictures) which is really dumb because it’s a completely obvious idea to have and ideal for a site like Sick Chirpse. It probably has happened before but I just haven’t been aware of it but these pictures are killer anyway so even if it had I might have just stuck them up anyway. These pictures are from the Nightmares Fear Factory in Niagara Falls (Canadian side).

Ironically enough I could have gone to this one too about 5 years ago but I was the brokest I had ever been in my life because I lost loads of money gambling and so just looked at the falls and smoked cigarettes all day while everyone else went in. It sucked, especially when all these pictures are so awesome. It looks really scary huh? I just wish I knew what they were looking at/what was happening to them. The funniest thing might not even be the reactions of the bros, but perhaps the social groups that these bros hang out in. You’ll see what I mean when you check out the photos below.

Check out the gallery below: 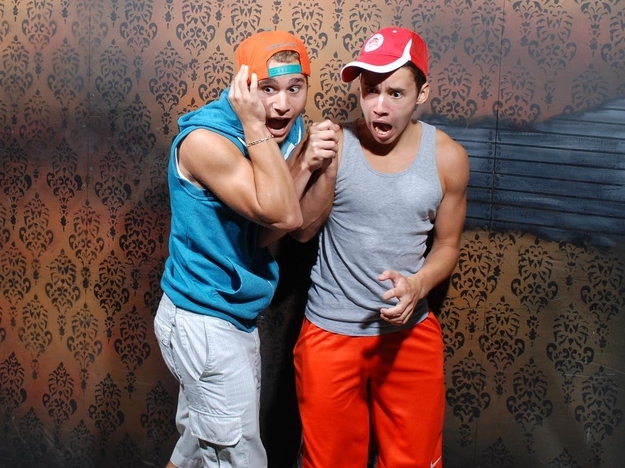 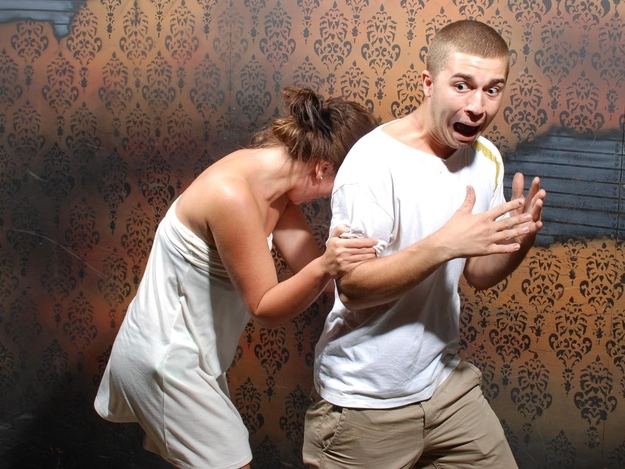 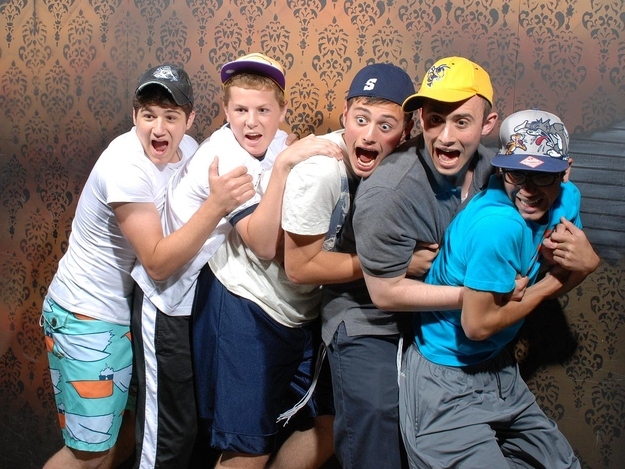 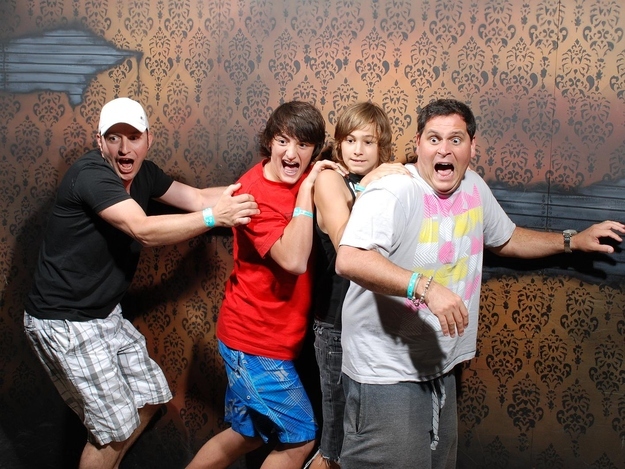 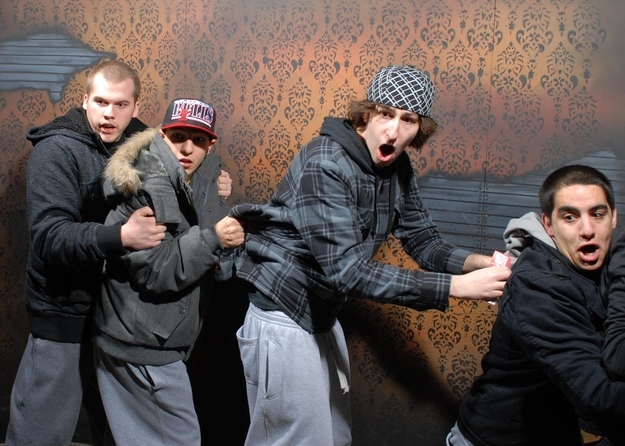 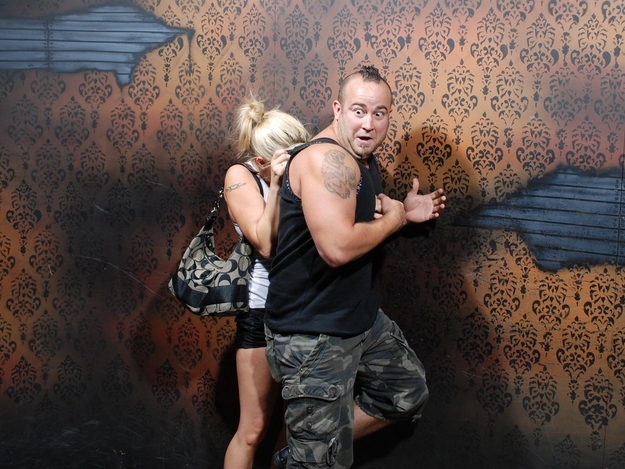 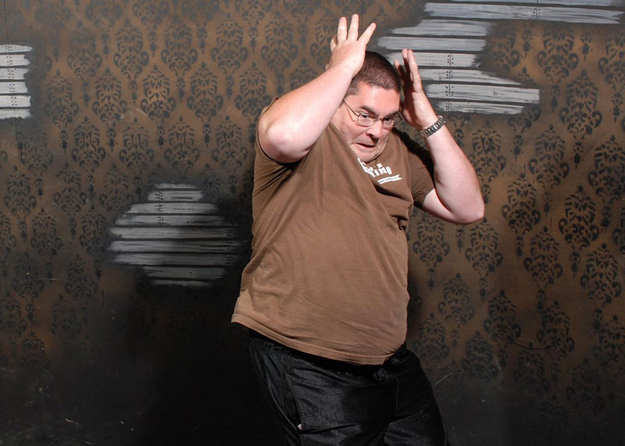 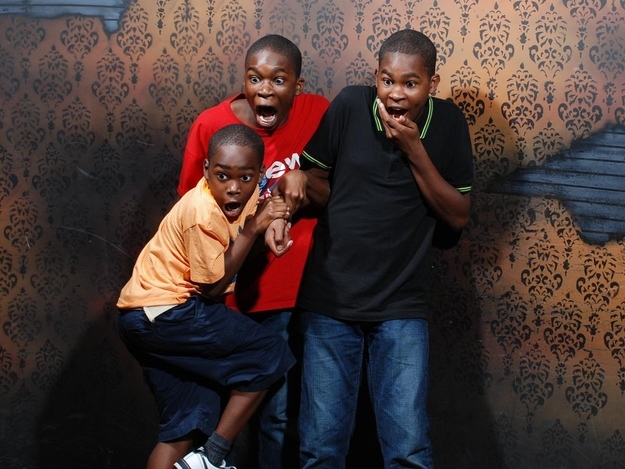 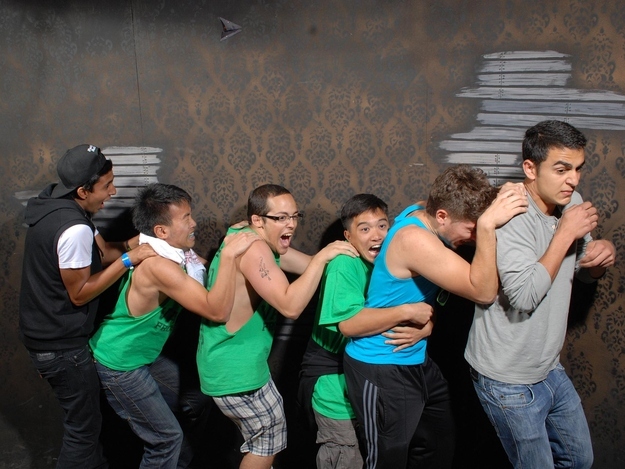 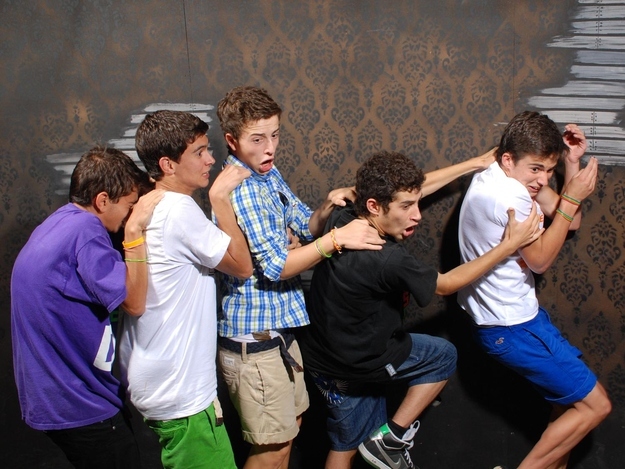