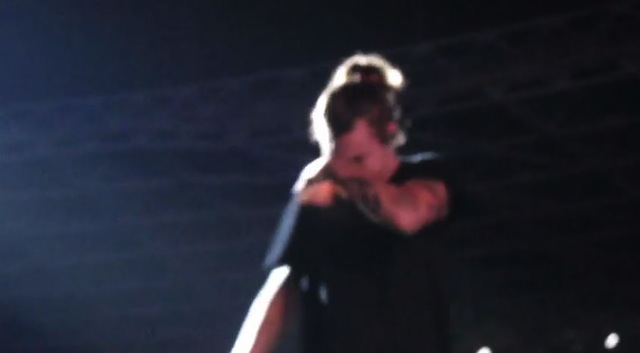 It’s pretty much unthinkable that you didn’t hear about Zayn Malik quitting One Direction to be a normal 22 year old and the inevitable meltdown that it inspired on social media yesterday so we’ll cut to the chase.

People have been having literal nervous breakdowns over this event but one person who probably had a genuinely good reason for being upset about it and literally couldn’t take it was Harry Styles – he broke down in tears on stage at the One Direction concert last night. He turned away from the stage to wipe his tears away before managing to compose himself and get on with the show but of course somebody caught the moment and posted it on YouTube.

Liam Payne was also caught out during the show as he tried to put his arm around an invisible Zayn – probably haven’t updated their dance routines to not include him yet sadly.

One Direction have sworn to continue – and will probably be able to without Zayn to be honest, it’s not like they write their own songs or anything – but it looks like it’s going to be pretty emotional for them for a while.

You have to feel sorry for them – travelling around the world, earning millions of pounds and shagging whoever they want. It must be tough.