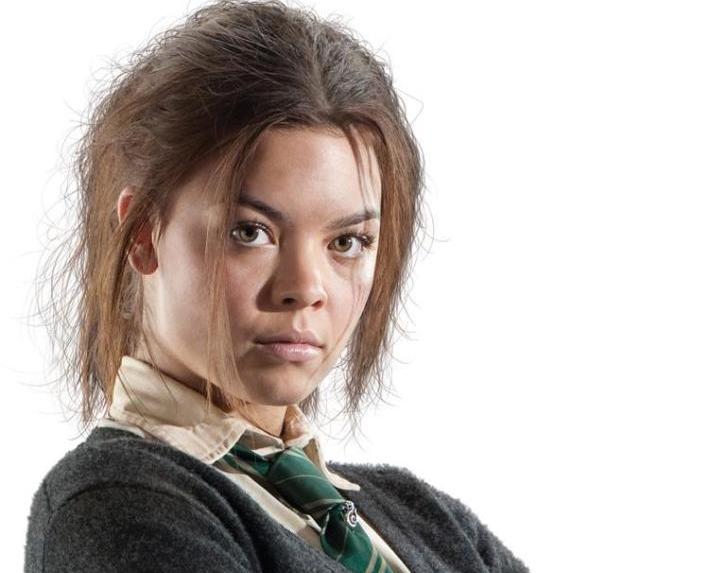 We’ve said it once and we’ll say it again – it seems these days, the way for a female actress to prove they are worth their salt is to pose naked and/or put explicit pictures of themselves on Instagram.

It happened with Ariel Winter, it happened with Maisie Williams and now it’s the turn of Harry Potter actress Scarlett Byrne. The star is known for her role as Slytherin Pansy Parkinson in the sixth film ‘Harry Potter and the Half-Blood Prince’ as well as the final two installments of the franchise.

Presenting herself from a different angle, Scarlett has posed naked for the first time for the upcoming issue of Playboy. She shared a little sneak peek with her followers on Instagram:

Not bad at all.

I would say that I’m sure we’ll all be picking up a copy of the March/April Playboy issue, but seriously – who the fuck reads Playboy these days? No one, that’s who.