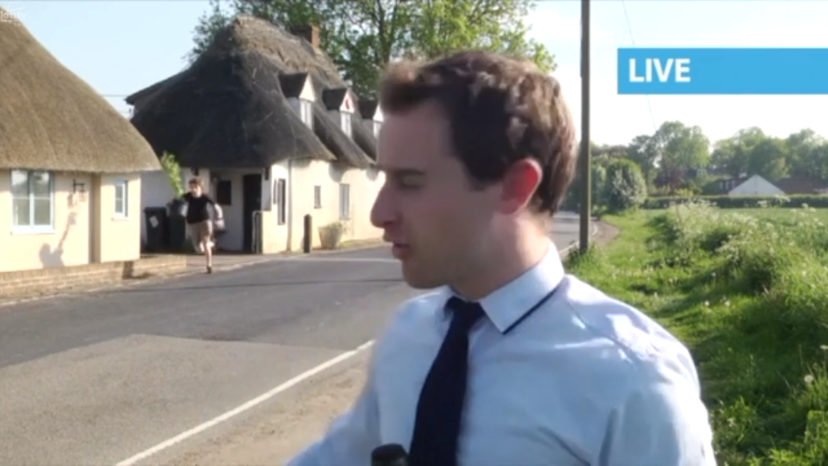 You always hear about humongous cannabis factories being busted by the cops in weird places in this country  and I often wonder how they managed to get away with it for so long, but I doubt anyone reading this will ever step into one during their lifetime because they always seem to be super secretive.

It’s also because I think the last thing in my mind if I heard about a local cannabis factory being busted would be to head over there to see if I could scope any leftovers, because you know it’s probably going to be under police surveillance or something, right? That’s what most people would think I guess, but this one guy in Kent doesn’t think like the rest of us.

In fact, he decided to take his chances and head over there to check it out. Surprisingly it looks like he managed to bag himself a massive plant, but unfortunately for him though, he got well and truly busted by a local news team who were filming live at the scene. They even managed to broadcast the footage to everyone in the local area too, which has obviously gone massively viral:

Either way, it’s probably not the best way for him to remain inconspicuous, I mean the guy’s face is probably obscured by the plant so if he just causally eased back he might have been able to peg it off into the countryside and get away, right? Pretty dumb move there and it kinda makes me think that it was all faked.

Conveniently, nobody actually knows what happened to the guy either, although Kent Police have been informed so they might be coming after him any day now. He’s probably just smoking up on a beach somewhere after selling off his fat wad though. Or more likely celebrating getting paid £50 for appearing in the video by buying an eighth and smoking it in his local car park. No doubt a player whichever scenario is correct.

For more of the same, watch this stoner attempt the most insane weed challenge of all time. Good luck pal.