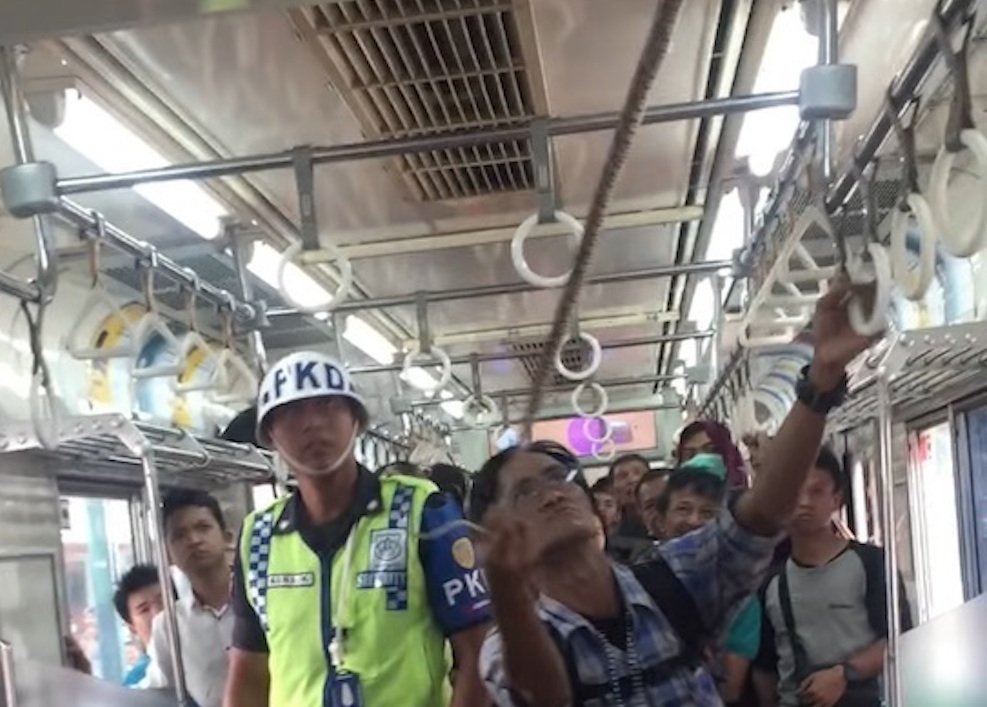 Normally when you’re travelling on public transport – at least in this country – you expect everything to be A-OK and the biggest trouble you’re going to face is probably some kind of slight delay.

Unfortunately this isn’t true of everywhere in the world and over wherever this video is taken – sorry no information and don’t wanna get called racist – the dangers of the daily commute are accentuated by the fact that you might have to deal with a motherfucking snake crawling around the roof of your train carriage. Security were predictably useless so it fell to one brave commuter to take on the snake.

Yeah, I’m not sure that he needed to slam the snake so hard on the floor like that – was it even a dangerous one or a threat to anyone or just slithering around minding its own business? – but you can’t deny that it’s a completely badass move from this guy to bring the snake under control. Bet he got laid so hard before he even sat down at his desk for work that day.

For more snakes, check out what a snake committing suicide looks like. Weird.