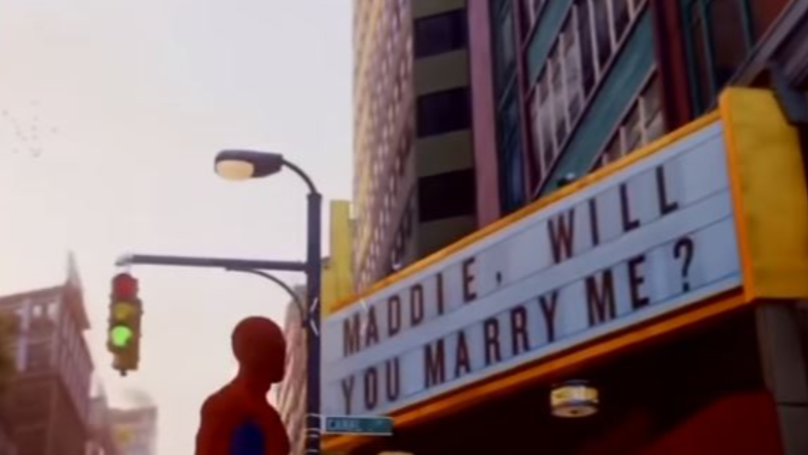 Proposing to your girlfriend (I know girls can propose to men too but it’s not really that traditional is it so let’s keep it at this for the sake of this article) is a massive event in anyone’s life and chances are you probably want to make it as memorable and awesome as possible.

One guy called Tyler Schultz had the idea to hide the proposal to his girlfriend Maddie in the new Spiderman game on the PS4 – apparently they had been talking about how she loved dramatic/epic proposals – so he decided to tweet Insomnia Games who were behind the game and see if there was any way they could include it. After the company checked that he would be OK to wait until September 7th and that she hadn’t seen the tweet – he assured them that she hadn’t and they had bend sting for five years so should still be together come September – they agreed to do it.

I mean, you can guess how this goes as Insomniac put the proposal in the game, but Tyler and Maddie had split up and she has apparently started dating his brother instead. Absolutely brutal. Here’s what Tyler had to say about it: 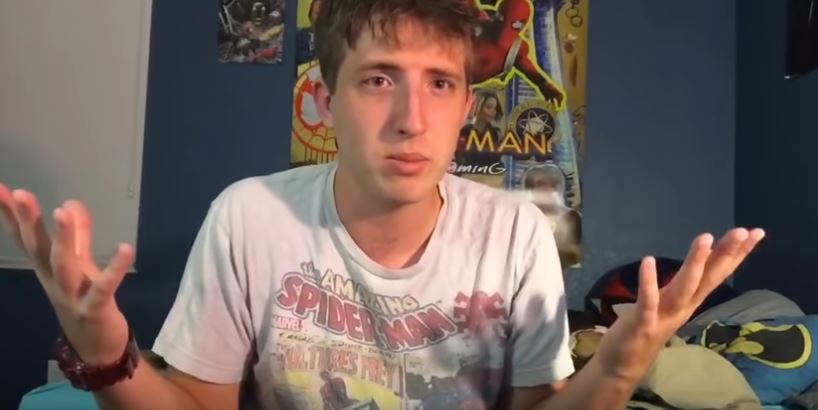 My girlfriend dumped me to go with my brother. Basically throwing away the five years that we had together and spitting in my face saying this wasn’t even the way she wanted to be proposed to and just left me.

Does she not realise that thought, imagination and a shit ton of luck was put into Tyler’s gesture?!

So, this might go down in history as the ‘saddest Easter egg’. Regardless I’m actually kind of happy that it’s in this game.

Hmmm. I guess you might be now but you’re probably going to flit between being stoked on it, really utterly depressed and tearful about it and smashing your TV whenever you see it over the next few months. Those five stages of grief really get you.

For more proposals, check out this guy using a side of a cow to propose. She said yes.