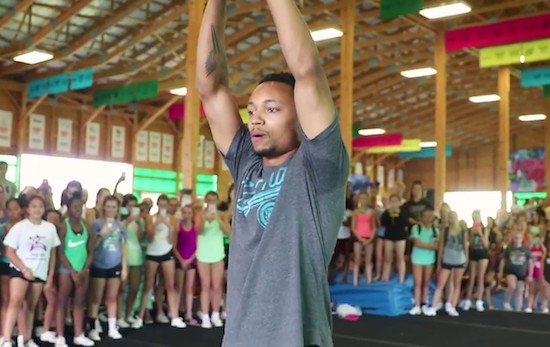 We’ve been posting a lot of depressing stuff about drugs and sexual assault recently, so it’s good to finally post something that’s properly inspirational and incredible. That’s this video.

The guy in the video below is named Aaron Cook, and he’s the first person in the world to ever perform a standing double backflip. Take a minute to visualise that and just what it would look like and how hard you think it would be to achieve. Then watch the video and prepare to have your mind blown:

Wow. That really is breathtaking isn’t it. Hats off to the guy as some people are saying that it’s a feat of human capability as significant as running 100 metres in under 10 seconds, although I’m not quite sure about that.

However you look at it though, it’s absolutely phenomenal. Take a bow son.

For more of the same, check out 31 photographs of incredible historic moments. Awe inspiring.