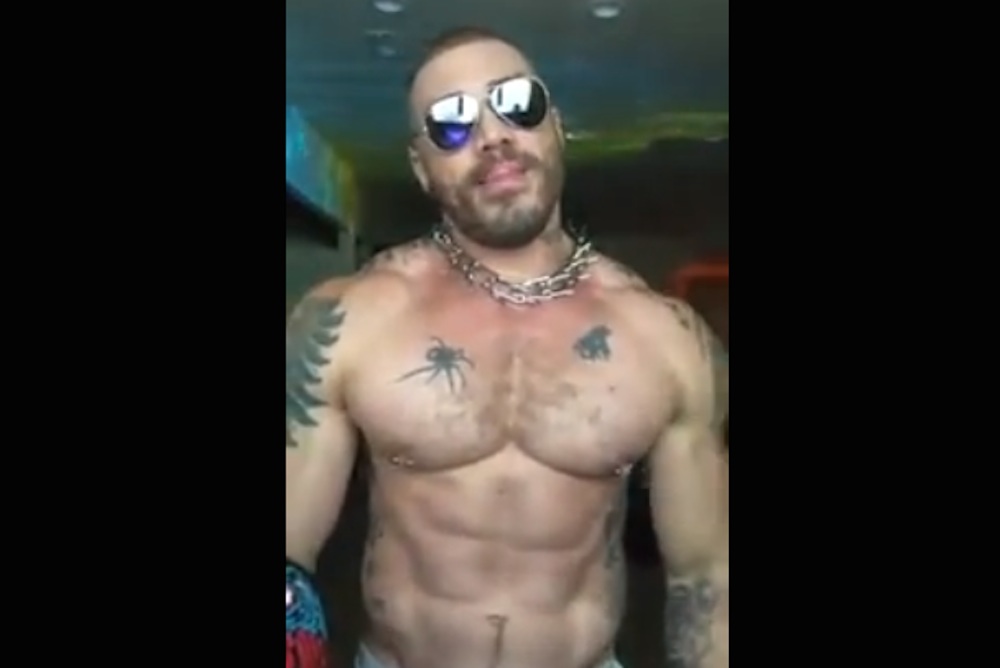 With over 2 million views is this the next Justin Bieber?

Wow. I really don’t know where to start on this one.

Some guy called Angelo Garcia from New York describes himself as a musician on his Facebook page but I’m not sure if the contents of this video really allow him to qualify himself as one. Of course, he might have done some other stuff but this video is just plain weird.

In the video below, Garcia is topless and displaying his ripped torso (achieved with zero carbs) whilst wearing some ripped denim jean shorts and some shades whilst (I think) he mimes along to what I think is a version of Smells Like Teen Spirt that he’s recorded himself. That doesn’t sound that weird (OK, it does sound pretty weird I suppose) but the WAY he mimes it is just next level – he’s constantly playing air guitar then stopping and posing and just completely going for it when he sings that I can’t really do it justice in a description.

I say miming/singing because it’s hard to figure out which one he’s doing – some of it sounds like he’s actually singing live but some of it looks like he’s miming along to the track, maybe he double tracked the vocals or something? I couldn’t tell. Anyway, it’s not really important, the important thing about the video is how utterly ridiculous it is.

No wonder it’s already racked up about 2 million views on Facebook already. You’ve really got to wonder what’s going through this dude’s head when he spends his spare time (or perhaps even his career) making videos like this.

If you’re missing the real thing after watching this bonkers video then check out these 10 unreleased Nirvana demos that recently surface online mysteriously.