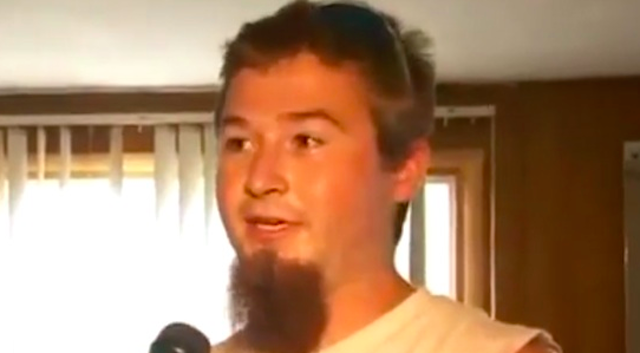 We’ve all dreamed of throwing a Project X party, but this guy did it for real.

Some 20 year old guy called James Taylor from Michigan decided to throw a massive party as he was leaving town to move to California as well as it being his friend’s birthday party. Over 2000 people showed up to his place in Michigan and it sounds like he had the most awesome Project X party ever, complete with flame throwers, go go dancers, strippers and DJs.

Unfortunately, we don’t get to see any of that because we’ve only got a news report from after the party, but James Taylor comes across like a complete chiller with some absolutely amazing quotes. The best part is definitely when he says he didn’t make anyone come to the party, and he didn’t make this kid sleep on his floor, and it pans over to some dumb kid asleep on the floor, even though it looks like it’s about 4pm the following day. I guess it was that kind of a party.

There’s a also a good part where he says people drove all day up from Tampa to come to the party, and another great part where he says that anyone who thinks him having a party out in the middle of nowhere is a spaz. He seems like my kind of guy.

Crucially he hasn’t ruled out having another party yet either. We’ll be hoping to get the invite next time and hope that his party isn’t anywhere near Flint Michigan, because that’s the most dangerous city in the whole of the United States.