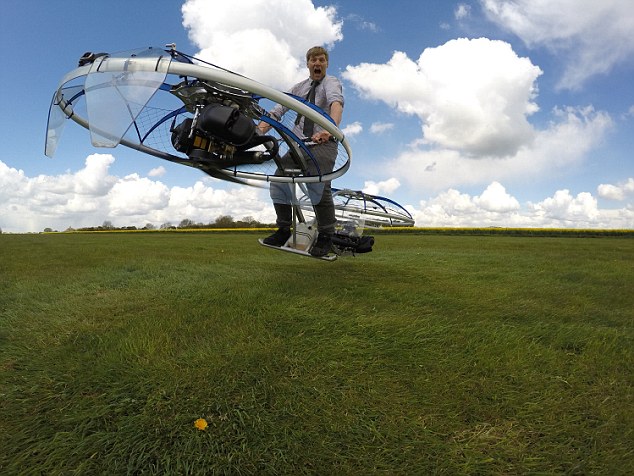 You would never moan about your commute again.

We know that Aerofex are set to release commercially available hover bikes next year (for a shit load of dosh), but it seems that UK inventor Colin Furze thought, “bollocks, I’m not waiting that long to get a taste of the future.”

The former plumber, turned amateur inventor challenged the subscribers on his video channel (the bloke has 2.5 million fans already, so he must be doing something right) to come up with an exciting new mode of transport – and around 15,000 people wanted him to design a hover bike which could fly over obstacles or take unusual routes over rivers or fields.

To cut a long story short, Colin made one and it’s pretty amazing:

Here’s what the inventor has to say about his new and innovative mode of transport:

It’s the most outrageous thing I’ve ever ridden. Feeling it lift for the first time was such a strange feeling. It only just lifts me off the ground.

I tried out all sorts of frames; hacked bits off and added bits on, until eventually I started seeing results.

Colin claims that learning to control this hovering beast takes a little time, but once you master it, it’s one hell of a ride.

I wonder if he’s gone down the shops to get the milk on it yet? Well done Colin; we look forward to seeing what else you create in the not so distant future.

For more crazy inventions, check out the Audiopill that lets you play music inside your body.