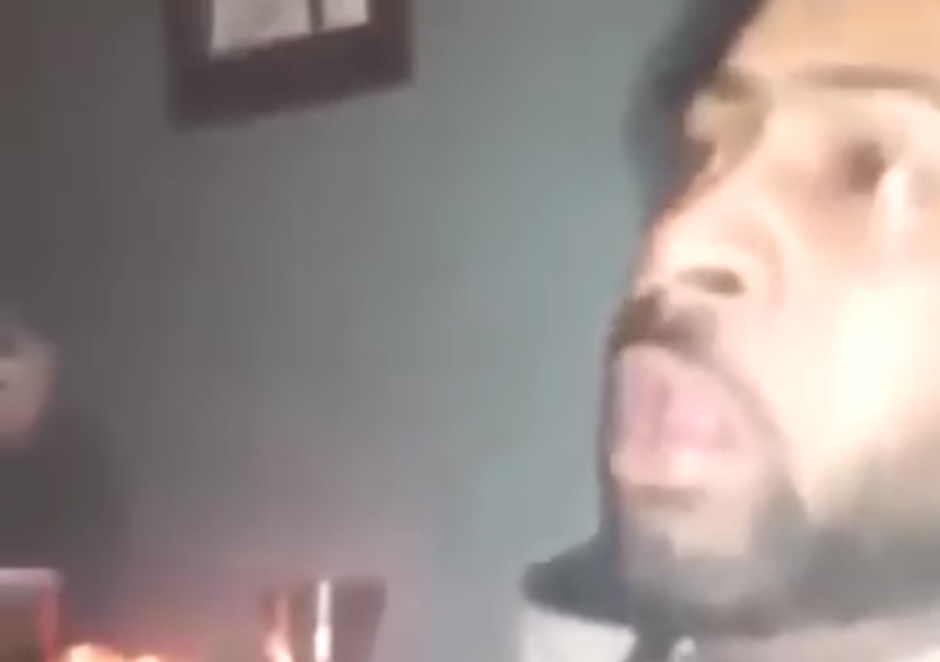 Anyone who smokes has probably thought about quitting from time to time, and this video might accelerate that thought process because it’s absolutely fucking rank.

It involves some guy from Tacoma, Washington taking a drag on a massive blunt of pure weed and sucking it down like the bad man he thinks he is. Unfortunately for him though, he’s far from a badass and instead proceeds to choke on it before spewing out an absolutely inhumane huge bubble full of phlegm that promptly explodes all over his face leaving him looking like an idiot and completely soaked in his own disgusting bodily fluids:

Geeeeeez. Never hitting that blunt again. Or at least never heading over to Tacoma, Washington and smoking any of their bud, that’s for sure. To be fair though this dude probably had something wrong with him beforehand and although it was probably the blunt smoke that provoked it, it likely didn’t cause it in the first place.

Either way, quit smoking it’s a bad idea. If you need any more reasons to quit, click here.