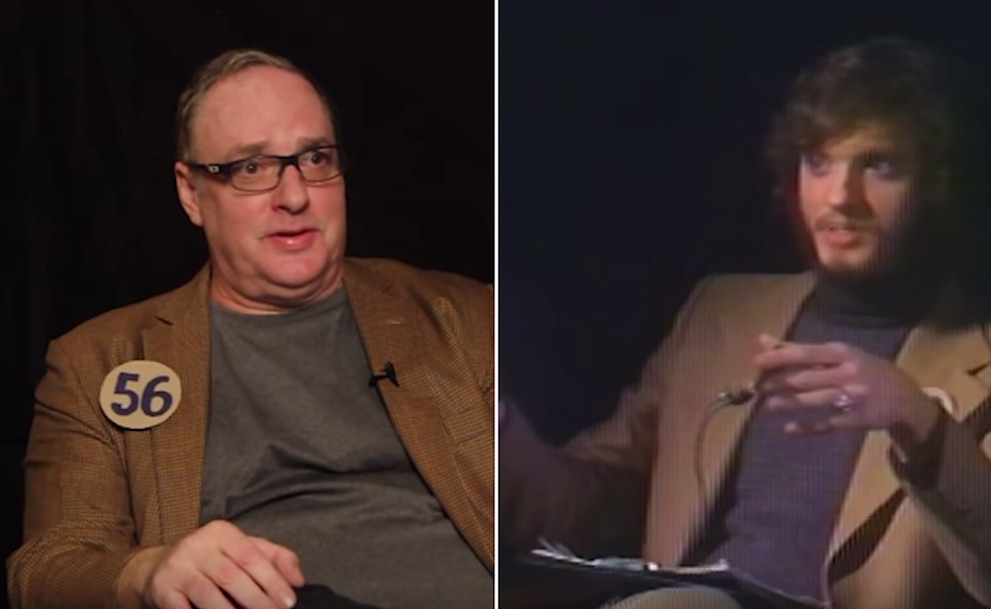 This is all kinds of bizarre, especially when the guy filmed the original interview back in 1977.

When you watch this, there’s going to be absolutely no denying that Stoney Emshwiller is a very weird man. Either that or a complete and utter visionary.

This meant that in the future when he was ready to face the interview he would be absolutely 100% ready to cut it so that it ran flawlessly. And to be fair to the guy, it pretty much runs like that in the clip from the project below, and is equal parts hilarious, touching and insightful. Check it out:

Inevitably, this is a teaser for a Kickstarter project, but the goal has already been fulfilled so you don’t need to worry about donating any money towards it. I’m just impressed that Stoney had this idea back in 1977 – I mean who the hell else was thinking about something like that back then? – and then actually went through with it almost 40 years later.

That’s real commitment to the project right there, and it looks like when the full interview gets released it will actually be really entertaining. I’m not sure why he needed $10,000 to finish it off but hey, I suppose he deserves a bit of a payday for essentially putting 40 years of his life into something.

If only Danny Dyer had done something similar huh – instead you’ll just have to make do with our interview with him from a couple of years ago.