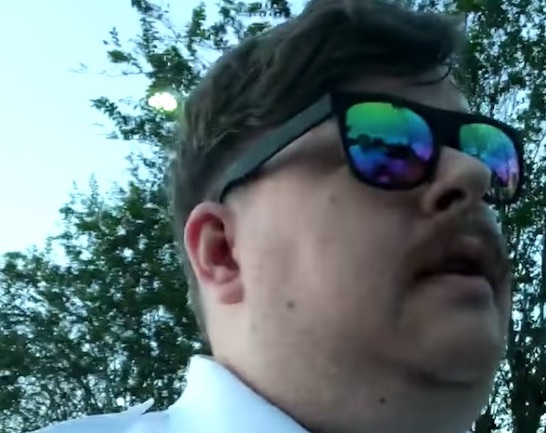 You probably saw a couple of days ago that we posted a video of a bored security guard who recorded his farts on the job every day for six months and laughed at it and moved on with your life, but this article is here to tell you that this isn’t the case for the people involved in these viral videos – their actions have consequences.

After Paul Flart’s video went viral he realised he was probably going to be in deep shit with his employers because of it and so he decided to live stream himself going to see them and ending up getting fired. Pretty much proving he’s not a one hit wonder right there and he has a future in the viral video game:

I dunno that started off kinda funny and self aware but got kinda depressing towards the end when it turned out he was actually getting told off quite hard and losing his job. His boss seemed like a major doofus/asshole but I guess that’s just how authority figures are isn’t it? Always gotta stick up their ass.

I did like it how the guy kept telling him to stop recording and he just straight up refused to as well. Gotta respect that. Kinda think he’s got a fairly good case for unlawful dismissal too, but what do I know about employment law?

We’ll see what happens I guess but I hope he doesn’t just end up being a flash in a pan. To be honest if any company wants to raise their online presence all they need to do is hire him so he should be inundated with offers. They might actually need to hire a real security guard though too as it doesn’t seem like he takes his job too seriously.

For more security guards, check out