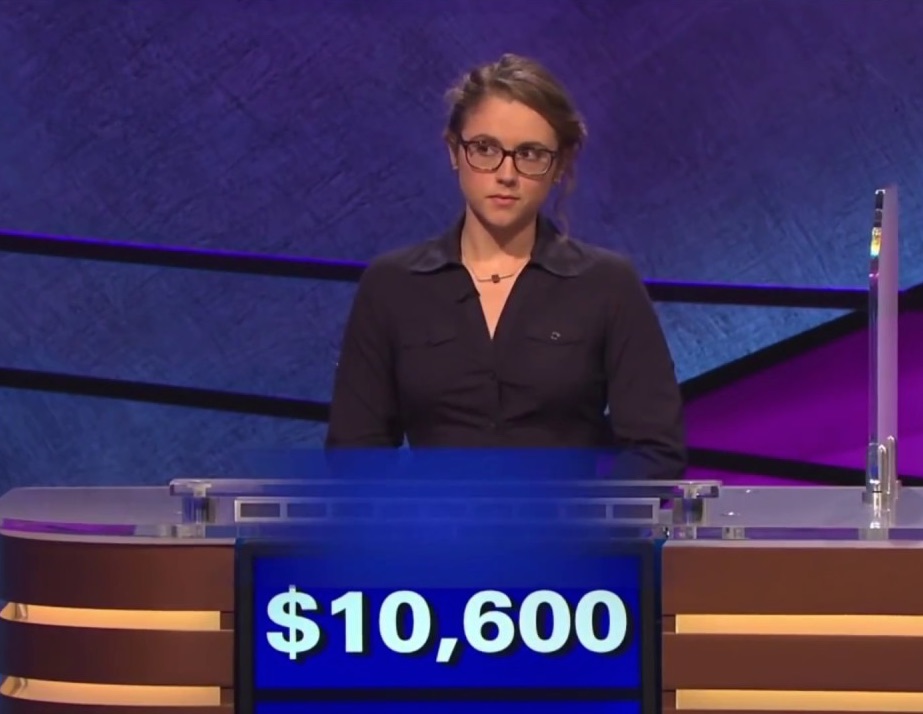 We’ve all experienced that feeling when we get a massive crush on an actor/actress or a television personality and try and tune into as many of their appearances as possible so that we can swoon all over them, but I hope that nobody reading this has gone as far as the guy who made the video below.

The video comes courtesy of some anonymous YouTube who is clearly obsessed with a Jeopardy! contestant named Kristin Cutts. Cuts went on a winning run on the show last Easter and had nerds all over America creaming their pants over her thanks to her girl next door adorkable style and whilst that’s all well and good, it’s kind of weird when somebody creates a highlight video of your best moments on Jeopardy! set to ‘Just The Two Of Us’.

Geeeeez. I mean yeah I’m not gonna lie and I will admit I’m crushing on her pretty hard right now after watching that, but man you have gotta be next level creepy/obsessed to spend so long making a video like that that. Even if he was married to her this would be kind of weird, but as he doesn’t even know her and is just wanking over her furiously at home it’s even more messed up. I hope she’s changed her address and possibly even name since her appearance.

Having said that, I bet there are a lot of people out there that are thankful that he did though – just don’t think you’ll get too many of them admitting it any time soon. The views on the video speak for themselves though.

For more of the same, check out a bunch of people talking about the creepiest, most obsessive thing that they’ve ever done. Some real wrong ‘uns out there.