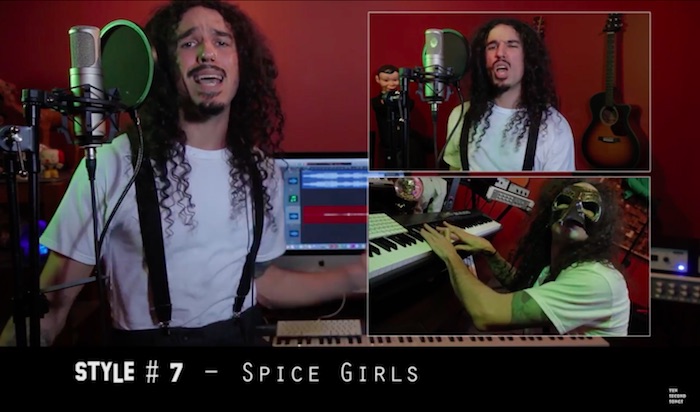 I’m not sure if Anthony Vincent manages to make a living off his insane Ten Second Songs, but he definitely should get some kind of monetary compensation because they’re always absolutely phenomenal.

The next instalment features that classic early 00s nu metal hit ‘Chop Suey’ by System Of A Down. I know it, you know it, we all know it, but I doubt any of us actually know the lyrics because of Serj’s inimitable vocal style. That doesn’t really matter when they stick it on at 2am at your local rock club though does it?

Anthony wants to really switch things up and let the song breathe though, so includes versions of it in the style of The Three Tenors, The Rat Pack and The Beach Boys. We don’t want to spoil it for you by revealing them all straight away here, so just dive right in – it’s definitely worth watching until the end:

Fantasic – Vincent has done it again. Think my favourite was Bobby Darin or My Chemical Romance – he nailed those ones perfectly. He’s a talented guy though and he always does, so it doesn’t really surprise me. I’m always so impressed with the transitions because they seem completely easy but must take literally so much time. What a guy.

For some more of his work, check them out here. Never a dull moment.