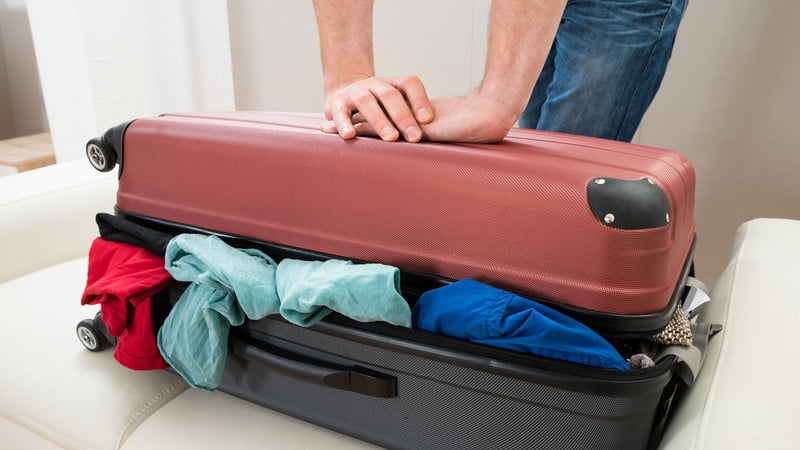 Normally if you’re mad enough with someone that you actually want to fight them then you’re gonna be pummelling them until they are completely battered, but the guy in the video below has a new method for finishing off is opponent.

Everything about this video is completely weird and there’s no real context for it either as it’s just what somebody posted on Twitter. It seems as though a guy and a girl are making out in what looks like an airport waiting area, when another guy rocks up and starts shouting at the girl for cheating on him.

The original guy then tries to get out of it by saying that she is his cousin (what??) but the other dude is having none of it and starts beating him up before throwing him in a suitcase and chucking that around as well. It really is one of the weirdest videos I’ve seen in some time:

why did he put homie in a suitcase like that tho pic.twitter.com/YEpuX11zsy

Yeah I mean what the hell is all that about? What does he even think he’s going to accomplish by putting him in the suitcase like that? Truly bizarre behaviour from the guy – just wish I knew what the hell the guy was thinking with it all.

For more of the same, check out this story about Taylor Swift – apparently she travels around in a giant suitcase. Weird.