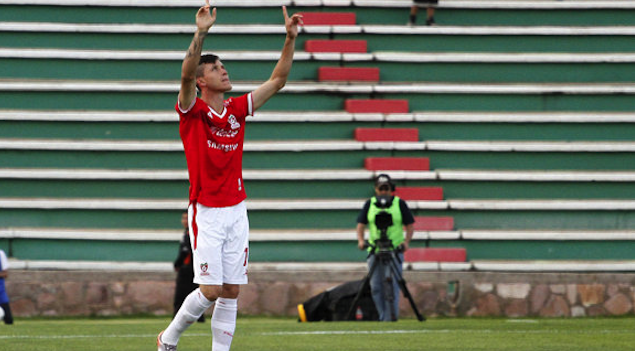 Paraguayan striker Gustavo Ramirez scored the fastest goal in Mexican league history for his team Mineros de Zacatecas at the weekend, amazingly receiving the ball straight from kick off and then spanking it into the top corner, with the shot happening so quickly that the TV cameras almost can’t keep up with it.

It seems clear that Ramirez had been planning this out for a while and it wasn’t just a spur of the moment thing because he picks up the ball and hits an absolute peach into the top corner that he definitely must have practiced before. It’s even better because it isn’t just some slow lob, he full on rifles it in like a badass. It’s a really sick goal, although maybe not as good as the best aerial back heel goals of all time.

The time of the goal was officially clocked at 4 seconds. It might have been slightly easier for Ramirez because Zacatecas were playing a second division team called Necaxa but it’s still no real excuse and the players shouldn’t be letting that happen to them, no matter what level they’re playing at.