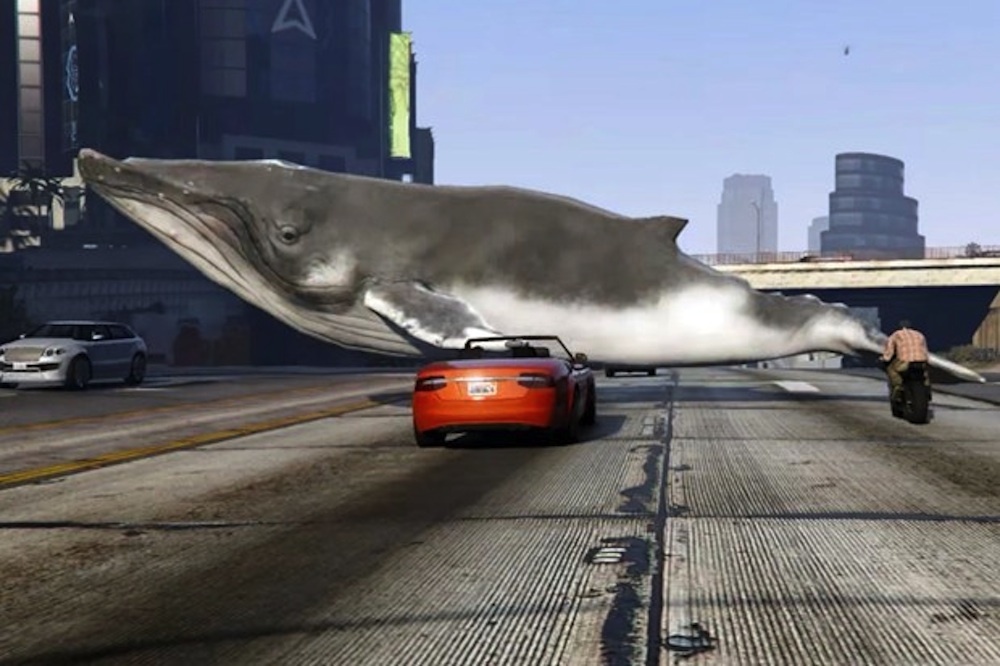 GTA V is undoubtedly one of the best video games ever, but if you’ve got the PC version (yeah I know that probably isn’t most of you – who the hell even owns a PC anymore?) then you can now get a mod released called ‘Native Trainer’ released by Alexander Blade that allows all kinds of crazy shit to happen that makes the game even better.

On top of that list: the ability to make whales fall from the sky like some kind of absurd tribute to Hitchhikers Guide To The Galaxy. I’m not sure how this actually helps you in the game – or how you even implement it via your keyboard (lol keyboard because it’s on a PC remember) but it certainly looks cool, right?

The mod also enables loads of other crazy stuff to happen – like the ability to play as a gun-toting monkey or a crow or an aquatic mammal swimming around the sea, although why you would want to do any of those things is a mystery to me. We’re bound to see even dumber stuff happen in the future too, as this is blatantly only the beginning.