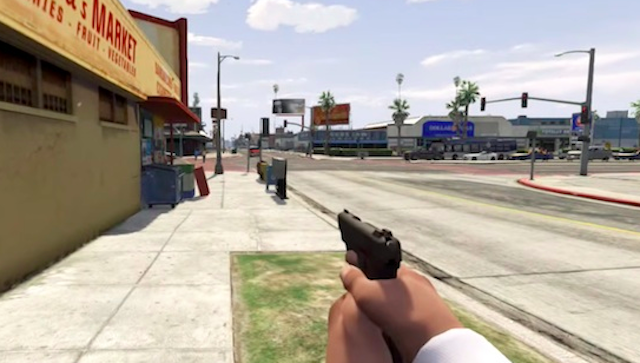 Does this make GTA V even better than it previously was?

GTA V was undoubtedly one of the games of last year, but how would it work out as a first person shooter? I’d never thought about that because the game is pretty much perfect as it is, but an X Box user called XBLToothPik created a mod where you can play the entire game in first person, from the shooting to the driving sections and to be fair to the guy it mostly looks pretty awesome.

Sure, the driving is a bit shitty and there’s a bit of clipping in the character’s faces at points, but for the most part it looks like something I would want to play and he can probably iron out those faults with a couple of extra updates. Rockstar should seriously look at including this option in their next version of the game, because it would add a whole different dimension to the series. I mean just imagine how cool this police chase would look in first person, right?