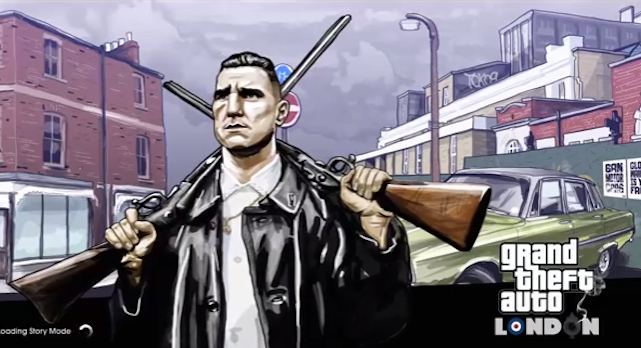 Artist Peter O’Toole has created the loading sequences for a fictional version of GTA London featuring British gangster legends and it looks awesome. Someone needs to make this now.

Artist Peter O’Toole sent in this project he’s been working on to us last night and he’s completely nailed it. Basically he had the idea for a new version of GTA London (if you’re too young to remember, GTA London was the second GTA game with a top down view and it was unsurprisingly set in the busy London capital) which was based upon all the famous British gangster movies and TV shows.

He then went ahead and joined forces with animator Sholto Smith and they decided to come up with some fake title sequences for this version of GTA London that didn’t exist, featuring Vinnie Jones, Brad Pitt, Made In England and a few more characters you might recognise. Another friend called Adam Gill whipped up a logo and what you’ve got is the awesome title sequence that you see below.

Someone needs to send this over to Rockstar ASAP because it’s a game that everyone will definitely want to play because these title sequences just whet your appetite for more. You can check more artwork from Peter O’ Toole on his website.