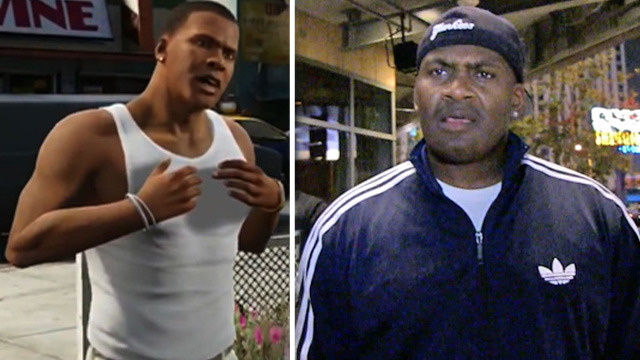 The real life Franklin from GTA V was once a gangster rapper who beat up and robbed rap legend Ice Cube.

Way back before he voiced the role of Franklin in GTA V, Shawn Fonteno was a gangster rapper named Solo who once knocked out rap legend Ice Cube in a street fight and jacked his chain.

Skip to around 10:00 to see Franklin discuss the beef on this 90s rap DVD:

The fact that Rockstar Games used the actual faces of the voice actors is pretty cool, but then to learn that Franklin was actually a rapper/gangster back in his day makes it even cooler. Still a fan of Ice Cube and his film career but he stole that song off Cypress Hill and might’ve deserved a GTA-style beat down from Franklin.