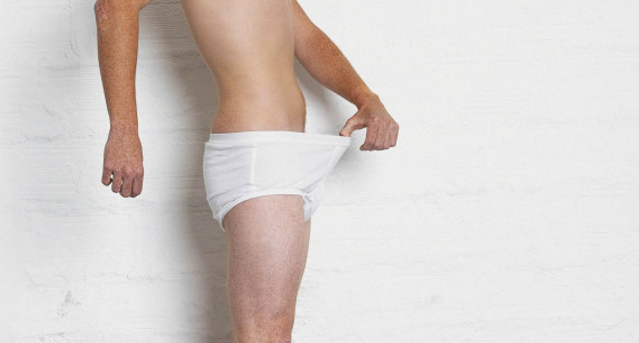 It probably shouldn’t be that much of a surprise that stuff is living up your shaft, but it still gives me the shivers thinking about it.

You probably don’t want to ever really think about what’s hanging out in your penis for obvious reasons, but researchers over in the states have found evidence that there might be a hell of a lot more going on down there than you might think, and it might be responsible for you contracting STDs too.

David Nelson and his colleagues at the University of Indiana investigating chlamydia have discovered that there are super tiny organisms living deep beneath the urogenital tract, even in the healthiest of male that they investigated. Ew. Apparently, the existence of these organisms means that it’s way easier for you to contract STDs. Double ew.

Nelson explains it with some bio speak I don’t really understand: ‘There was a signature in the chlamydial genome that suggested this organism might be interacting with other microorganisms. That’s what initially piqued our interest. And when we went in and started to look, we found that there were a lot more [microbes] than we would have anticipated being there. We also found the pathogens were receiving metabolites — which promote growth — from the bacteria.’

So there it is. I’m not really sure what that means for your dick and your sex life, but it doesn’t really sounds like you can do anything other than what you’re doing to avoid getting STDs, so if you’re staying safe and wrapping up you should be OK, this is just one of those great moments when doctors reveal to you something else you need to worry about but can’t actually do anything about. They’re going to do a shit load more tests before they release any advice anyway.

Interestingly, a 2010 study carried out by scientists at the Translational Genomics Research Institute (TGen) and Johns Hopkins University determined that being circumcised led to a substantially less chance of contracting an STD, due to the the fact that the bacteria in a penis varies greatly between the uncircumcised and circumcised versions. So if you’re really worried about getting an STD, maybe give yourself the snip.

Just kidding – don’t do that.