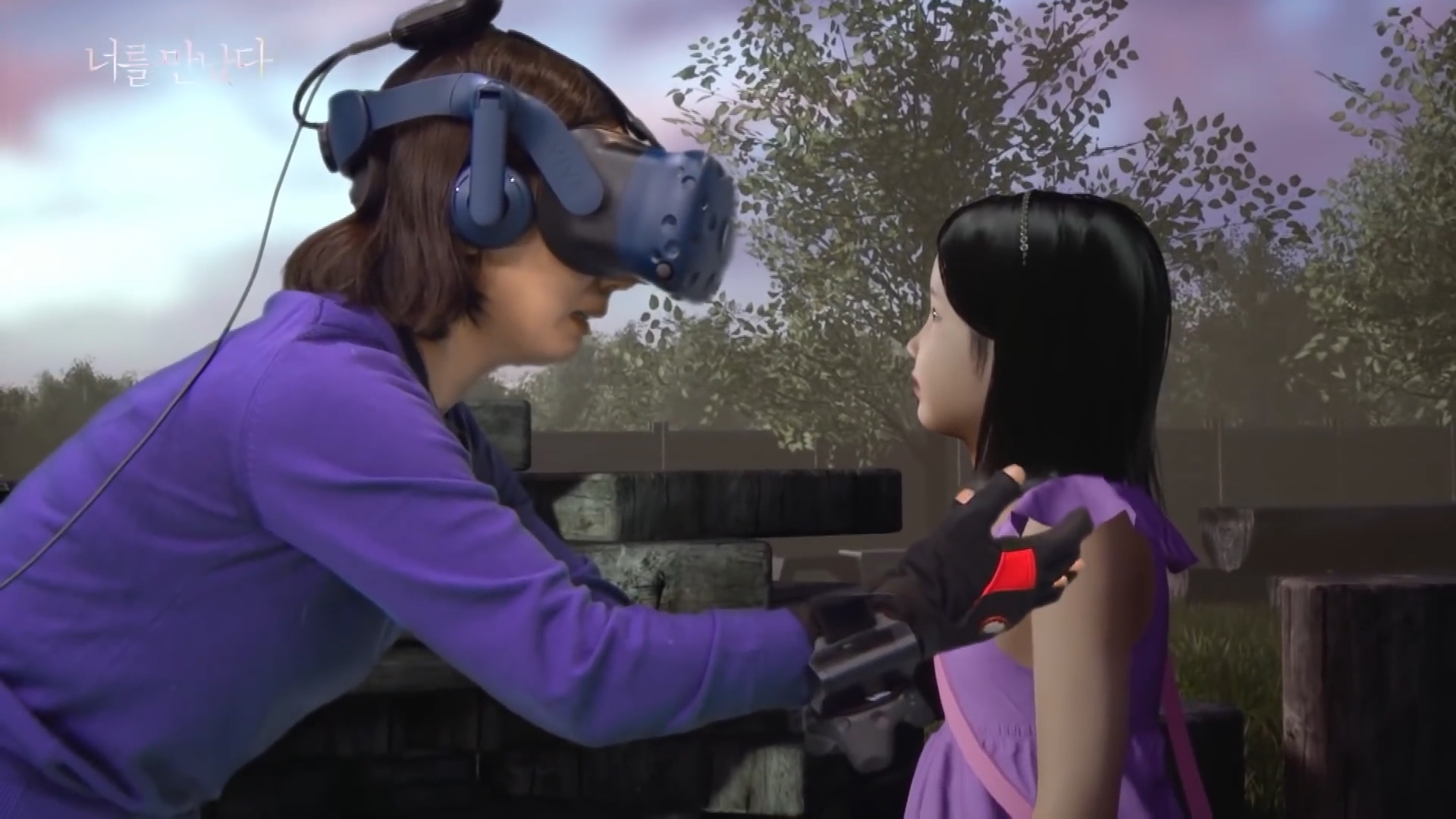 Last week, a Korean TV special called ‘I Met You’ basically brought a Black Mirror episode to life by allowing a grieving mother to interact with a VR version of her dead daughter.

You can see it below. Not only was the girl fully replicated in 3D, but the mum was given touch-sensitive gloves and able to interact with her ‘daughter’ around a green-screen set:

I really didn’t want to watch that because as expected it’s completely heartbreaking, even without understanding Korean. It’s just fucked up on so many levels. The pain & anguish of a grieving mother being sold on TV as entertainment while the people on the show try to sell to her that this virtual reality person is her daughter.

Can’t imagine it’s the best way for mum to get on with life either, but then again I’m not the one who has lost a child. Who are any of us to judge what this lady who lost her daughter does to grieve/cope?

Maybe if this sort of service was available in a private environment that would be one thing, but putting this on TV? Very uncomfortable. Though could be an option for the father who tried to kill himself so he could fight his son in the afterlife.