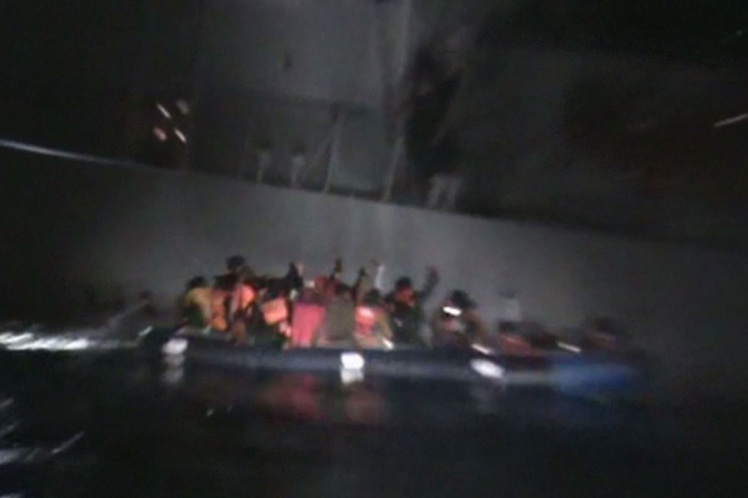 It’s crazy how much impact the terror attacks last week have had on the Syrian refugee debate, considering the terrorists who carried out the attacks were neither Syrian nor refugees.

Someone might want to pass the memo onto this Greek coast guard who was filmed jabbing a sharp pole into an inflatable boat full of people.

The 58 passengers on board the raft naturally start freaking out as they begin to sink and the Greek ship sails away.

Luckily, a nearby Turkish boat filmed the whole thing before pulling the refugees from the water and taking them to safety in the city of Didim.

The Turkish coast guard regularly films its rescue operations, and has previously shared footage with international media. But this is shocking. We expect that this footage will be investigated — it’s difficult for us to understand why they would try to sink a refugee boat.

Amnesty International also chimed in, saying they were “profoundly concerned”.

Greek Commander Athanasios Athanasopoulos was quick to condemn the actions of the coast guard and promised to take action to ensure it never happens again.

Meanwhile, here are 5 people we’d happily boot out of the UK in exchange for Syrian refugees.