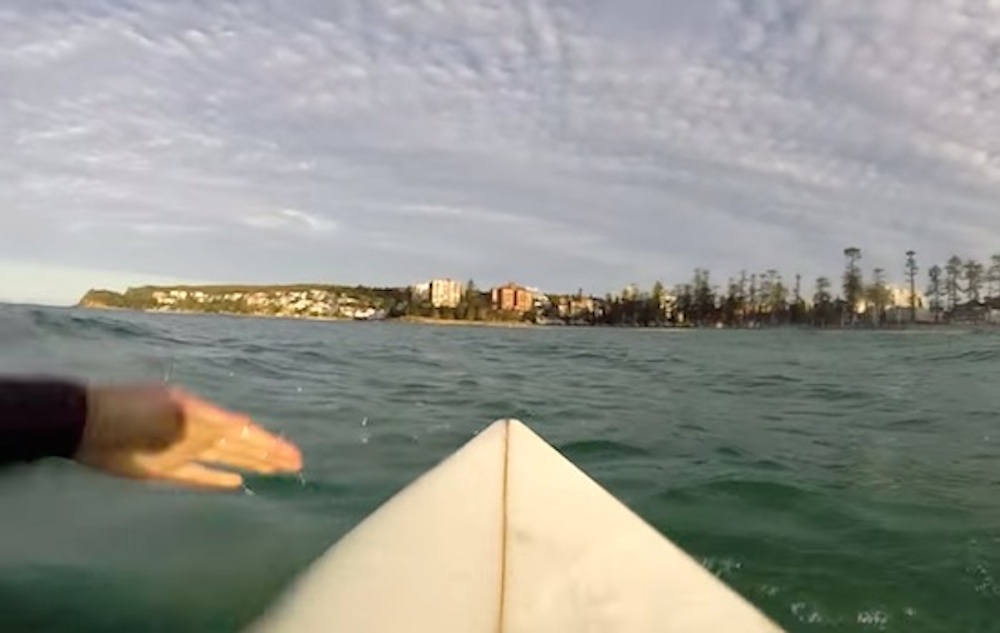 This is the definition of intense.

I haven’t been surfing ever but I assume most of the time you don’t have to worry about getting eaten by a shark when you go out to catch some waves.

On Manly Beach in Australia it’s a different story though, as one guy recently found out. Apparently this guy spotted a shark circling him whilst he was out surfing and it followed him for around two minutes before he decided to start filming the encounter, presumably so that if he was eaten by it then his friends and family would know what had happened to him.

In the video though he does a remarkably good job of getting away from the shark. He slowly paddles towards shallower water, assuming that the shark won’t be able to follow him that far in and then when it seems like it’s gone, absolutely razzes it to safety. As the blurb on the video says, the best thing about his behaviour is that he manages to stay calm and doesn’t make any sudden movements when the shark might still be able to sneak up on him and bite his arm or leg off. Well played mate.

That doesn’t mean he wasn’t completely bricking it though as the heavy breathing in the video really adds a new level of intensity to it. People might say it’s fake because you can’t really see the shark and there don’t seem to be any waves (so why is he surfing there?) but the guy seems pretty frazzled so I’m backing it.

Rather him than me, although this diver who manages to fight off a shark during a super intense encounter probably had it worse.