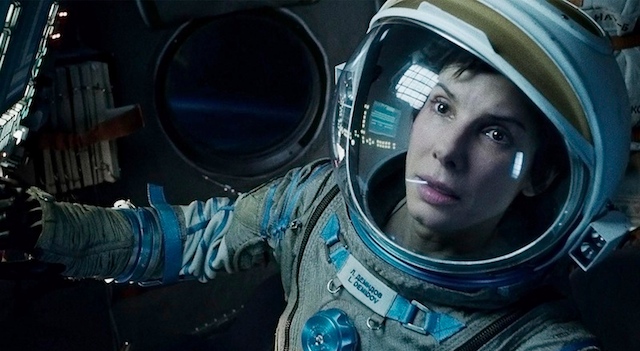 This was directed and written by the director’s son and provides a pretty neat answer to a question you might have been asking after you’ve seen the movie.

Love it or hate it, the one thing about Gravity is that you almost definitely saw it because it was literally the year’s must see movie. I didn’t think it was anything special just after I saw but I think that was because it just did everything I thought it would do, it was only later on I realised just how spectacular it actually was.

Hey, Spoiler Alert – stop reading now. There’s one point in the movie where Sandra Bullock actually gets a working radio and manages to radio someone, but she’s just talking to someone in a weird language and then a baby starts squawking which is kind of weird and surreal and you’re not really sure what’s going on. It’s not really that important to the movie in itself, but does help to convey the sense of hopelessness that Sandra Bullock is feeling as she’s all alone floating around in space.

Jonas Cuaron is the son of the director of Gravity Alfonso Cuaron and he wrote and directed this short companion piece to the movie where we find out just exactly who Sandra Bullock is talking to during the exchange I just described. Turns out it’s some kind of eskimo dude in the snow fishing out one of the Nordic fjords called Aningaaq. Game changer huh?

Well yeah sure, not exactly 100%, but it’s still pretty neat. I think the best part of it is how it highlights Sandra Bullock’s acting (yeah didn’t think I would ever say that either) because all you can hear is her voice but you can really tell how alone and desperate she is up there.