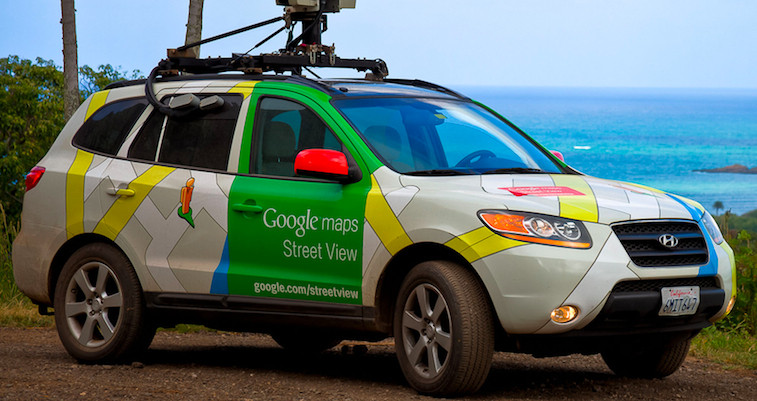 Google Street View has picked up some amazing images over the years but I don’t think it has got one of two people getting it on in the changing room of a skate store yet so this is pretty unprecedented stuff.

We’ve already talked about how completely sick Google Street View is on Sick Chirpse a bunch of times so check the links around this article for some other good pictures from it or ideas for sick places to check out  like underwater and the Grand Canyon. But this might be the best find yet. I’m not really sure what the Google Street View car was doing going into a store – is that part of their mandate now? That they can go anywhere they want, even inside stores? Can the Google Street View Car actually get into a store?? – but it got a pretty badass picture from heading in there.

â˜› Check This Out Next: Chill Under The Ocean With Google Underwater Street View

A lot of questions about this, sure, but it seems like the Google Street View car was in this store – which is called Krakatoa and sells extreme sports gear in a town in the south of France called Briancon (which should have a cedilla on the C but I don’t know how to do that on this keyboard and also I think it’s funnier just to type Briancon because it sounds like a convention for people called Brian) that I have never heard of – and managed to catch two horn dogs going at it in the dressing room. The dressing room is just one of those ones where you pull a curtain across, so you can see the two lovers’ feet below the line of the curtain with their pants around their ankles in close proximity which implies that they’re getting it on and does look kinda sexy. I guess it would look even sexier if you were just browsing Google Street View and came across it, but realistically why the hell would you be looking around Briancon on Google Street View? There’s literally no reason to do that I don’t think.

â˜› Check This Too: Tour The Amazon From Your Computer With Google Maps

And yeah, if you think about it a bit more it’s almost certainly staged. I mean if you ignore the fact that the Google Street View car is in this store that doesn’t even look that big, and the fact that it would be an awesome coincidence that it would pick this up (stranger things have been photographed, so that isn’t that out of the realms of possibility) the first question you’ve gotta ask is where the hell are these guys’ pants? I mean it’s not like you would take off your trousers/skirt and neatly fold them up before you go at it when you’re going at it in a dressing room in an extreme sports store is it? No, it’s way more likely that they’ll be dangling around their ankles too, and they’re suspiciously absent from this shot.

â˜› This Is Cool: Chaos In Your Town With Google Street View

You’ve also got to ask yourself when anyone has ever been so horny in a skate store that they’ve just had to duck into the dressing room to go at it. Not only a dressing room either but one that if you were to make bonk in you would obviously get caught. It seems unlikely, right? Most likely it’s a really creative/cool piece of advertising from the guys at Krakatoa, or maybe even the Briancon tourist board because everyone is going to be talking about it now. Well maybe not talking about them but you might remember the name now as opposed to never having heard of it before. But it’s definitely cool.

Anyway you can scope the picture below. Let us know what you think, real or fake?