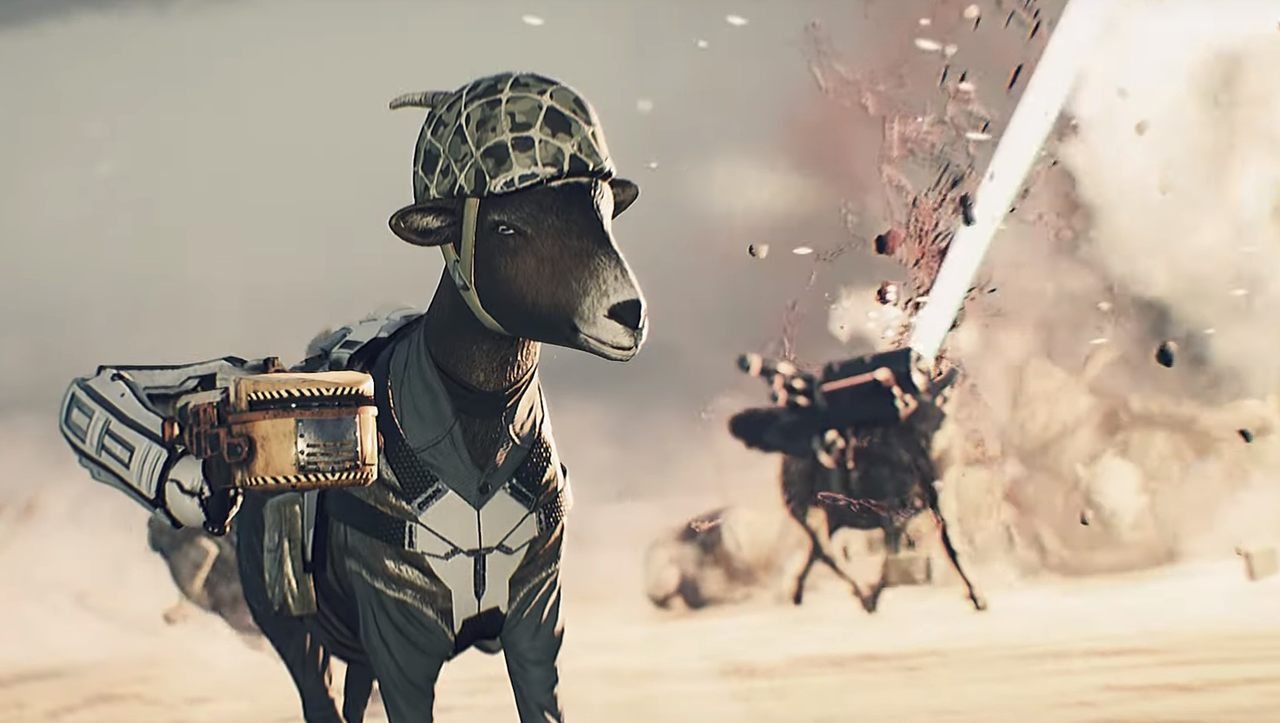 Exactly what you think it would be.

I’m not really sure why but recently there’s been a real influx in weird video games involving goats, so the natural conclusion was obviously that they were going to make a video game of Call Of Duty based around goats.

Imaginatively entitled ‘Goat Of Duty’, the game sees you taking control of a goat and shooting a bunch of other goats in a fast paced death match – so it is basically just Call Of Duty with the soldiers replaced with goats. Here’s a better description of it courtesy of the developer’s Steam page, as well as the trailer:

Goat of Duty is a fast-paced multiplayershooter where goats armed to the horns bleat face to face in a relentless deathmatch.

Ram and troll your friends, don the craziest goatstumes, and put your skills to the test in the quirkiest FPS ever. Are you ready to become the GOAT of goats?

The game is played in first person, but as well as being able to see your gun, you can also see the head of your goat – making it seem like you’re actually riding the goat.

I mean that kinda is what you want from a game where a bunch of goats are shooting each other – there’s not much else to it really is there? – but this still seems more to me like something that you’ll play once for a lol rather than something that you’re actually gonna invest a whole bunch of your time in, right? Maybe I’m wrong but I can’t see this taking off like a real Call Of Duty franchise but maybe I’m being a bit pessimistic about that. I guess we’ll see.

For more of the same, check out the original goat simulator launch trailer. Iconic.