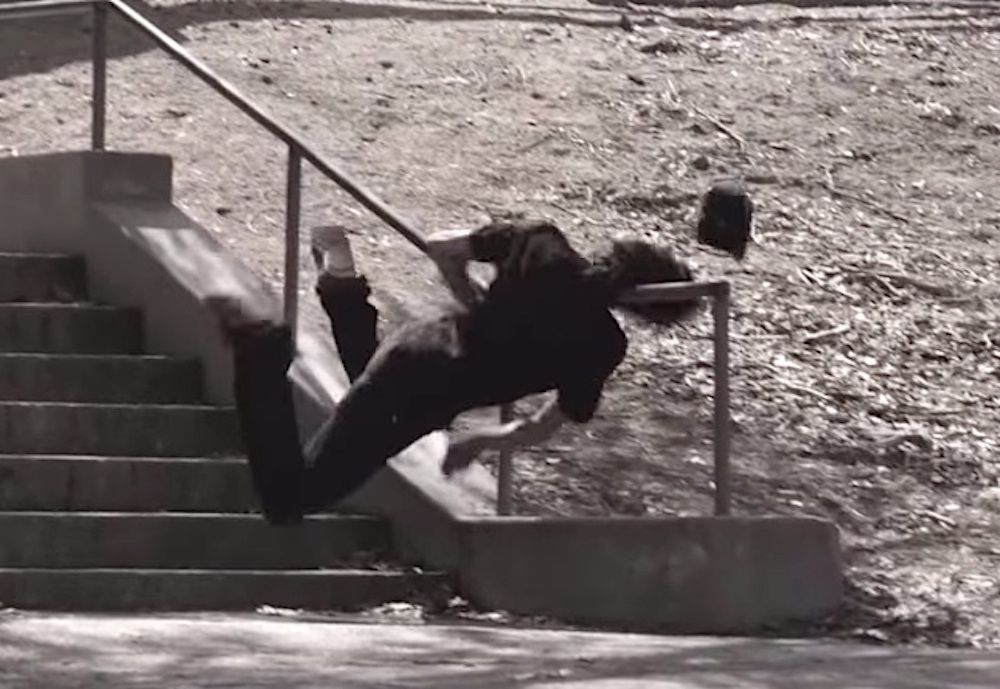 We’ve featured a couple of gnarly bails and slams on the site in the past – this one and this one immediately spring to mind – but this has got to be one of the sickest we’ve featured so far.

In this cut, skater Jordan Grace is attempting to board slide a triple kinked rail but he leans too far forward and it ends in disaster with him smashing his neck off the bottom rail in one of the most painful looking slams I’ve ever seen. It really looks like he could have broken his neck and shouldn’t be able to walk after this one. Pure pain.

Anyway, we all know that getting your body smashed up like this is part and parcel of what it means to be a skateboarder, so it’s cool that Jordan just sucked it up and got on with it. That’s what you gotta do to make it in this life.