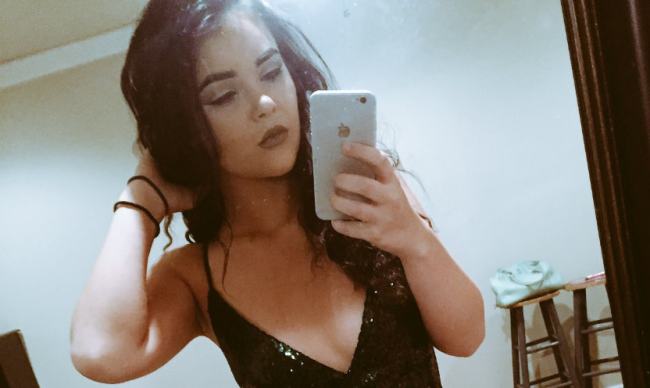 Is that a rat?

Every now and then you see a story like this, whereby a girl posts out a picture of herself looking flawless after spending hours getting ready, only to completely ignore sorting out the background.

The funniest to date have been where girls leave their giant sex toys in the shot, but Alyssa from New Orleans might just have topped it by having the messiest bedroom the internet has ever seen. We’re not just talking your standard clothes lying around and a couple of empty cups on the desk. Her bedroom was so messed up that one user even spotted a rat in the image. Yes, a motherfucking rat just roaming around casually routing through her dirt.

And after dinner, she'll be eating floor marshmallows for dessert: pic.twitter.com/WxrAhZJHWf

So grimy. Of course, the internet being the internet, Alyssa wasn’t going to get away with just being called out for her slobbish ways. After the picture went viral, an internet troll got to work on turning Alyssa into a meme:

*Fixed* RT @og_pocahontas: Going to dinner because I needed an excuse to wear this pic.twitter.com/dBzG0Jax0U

Nice one. Alyssa took it all on the chin and replied by posting “beautiful pictures of me.” What a good sport she is:

To read about the ‘one finger’ selfie trend that temporarily tricked hundreds of girls into posting naked pictures of themselves online, click HERE.